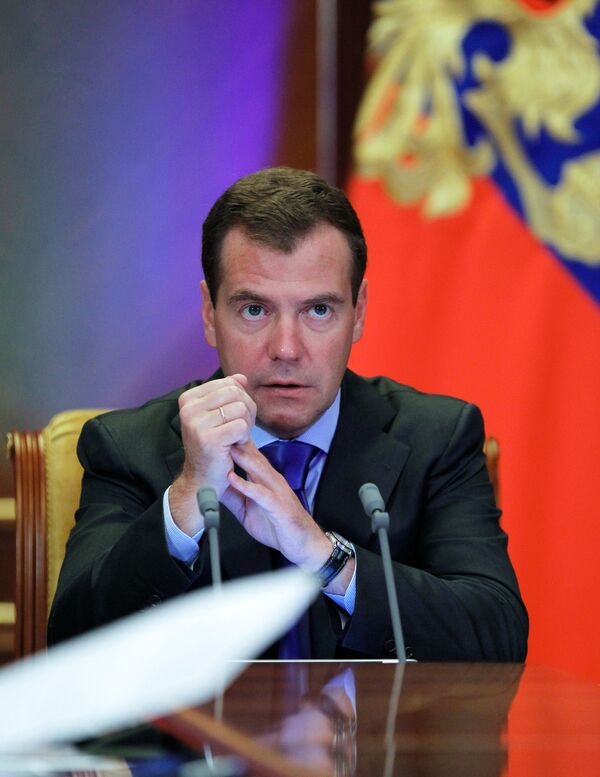 © RIA Novosti
Subscribe
Russian President Dmitry Medvedev has ordered the repar of a Russian submarine damaged by fire while in dry dock near Murmansk, the Kremlin said in a press release.

Russian President Dmitry Medvedev has ordered the repar of a Russian submarine damaged by fire while in dry dock near Murmansk, the Kremlin said in a press release.

The outer hull of the Yekaterinburg, a Delta-class nuclear submarine, caught fire on Thursday during repairs at a shipyard in the northwest Russian Murmansk Region, the local Emergencies Ministry department said.

Emergencies Minister Sergei Shoigu on Friday reported that the fire has been put out. Firefighters battled the blaze for nine hours after it broke out.

Medvedev instructed deputy prime ministers Igor Sechin and Dmitry Rogozin to take all necessary measures for the restoration of the submarine.

Fire safety violations during routine maintenance works are seen as the most likely cause of the blaze at the floating repair dock.

President Dmitry Medvedev has ordered the Prosecutor General’s Office to thoroughly investigate the incident and to punish those responsible.

The submarine’s hydro acoustic system, disabled by the fire, will need to be replaced before it is brought back into service, an expert said.

The fire was caused when fuel and lubricants were set ablaze by welding in the system’s nose section, he said.