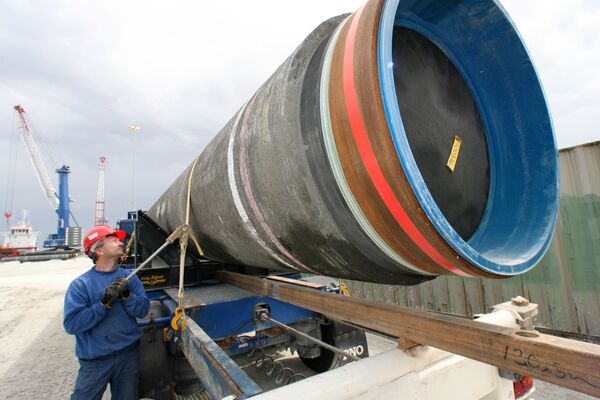 Turkey has given Russia a final permit to build the South Stream gas pipeline intended to carry Russian natural gas under the Black Sea to Europe, Prime Minister Vladimir Putin said on Wednesday.

"I want to address the Turkish government with the words of special gratitude due to its decision to grant final permission to Gazprom to build the South Stream gas pipeline along the bed of the Black Sea in its exclusive economic zone," Putin said at a meeting with Turkish Energy and Natural Resources Minister Taner Yildiz.

The accord will contribute to stable energy supplies to the European market, Putin said.

The gas export monopoly would boost gas supplies to Turkey by about eight percent or 2 billion cubic meters in 2012 compared with 25.5 billion cu m planned for this year, Gazprom CEO Alexei Miller said.

"As it normally happens in such cases, a final agreement is the result of a compromise acceptable for both parties," Putin said.

The South Stream pipeline is intended to transport up to 63 billion cubic meters of gas to central and southern Europe, diversifying Russian gas routes away from transit countries such as Ukraine. Commercial gas deliveries via South Stream will start at the end of 2015, Miller said.

The neighboring ex-Soviet republic accounts for 80 percent of Russian gas transit to EU nations but frequent rows with Moscow over gas prices have sometimes ended with Kiev switching the gas tap off in wintertime.

Miller said that Turkey's permit to build the South Stream pipeline in its territorial waters will not affect the gas price formula for Ukraine or other countries.

"As for market gas prices, they are linked to petroleum product prices and contractual gas deliveries to our partners are pegged to a basket of oil products, and the permit to build South Stream will not affect in any way the pricing formula Gazprom uses in its contracts as a whole and with separate countries," Miller said.

Ukraine has long been seeking to alter the terms of the 2009 gas deal it signed with Russia. The deal ties the price of gas to oil prices, which have risen sharply since 2009, inflating Ukraine's gas bill.