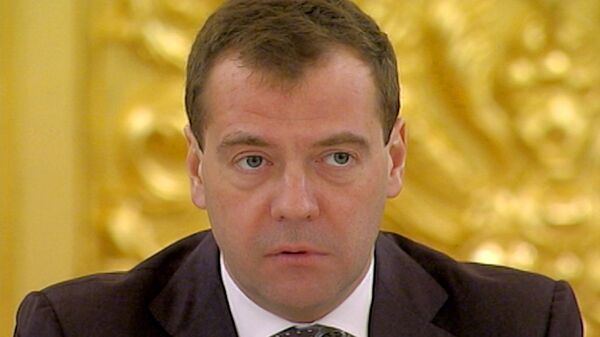 © RIA Novosti
Subscribe
The flight tests of the Bulava intercontinental ballistic missile have been completed and it will now be adopted for service with the Russian Navy, President Dmitry Medvedev said on Tuesday.

The flight tests of the Bulava intercontinental ballistic missile have been completed and it will now be adopted for service with the Russian Navy, President Dmitry Medvedev said on Tuesday.

“We have made a very important step - we have completed the cycle of flight tests… of the Bulava missile,” he said. “Now it will be put into service.”

The missiles were launched from the Borey-class Yury Dolgoruky nuclear-powered submarine in the White Sea and hit designated targets at the Kura test range on Kamchatka, some 6,000 kilometers to the east.

They were the 18th and 19th test launches of the troubled Bulava. Only 11 launches have been officially declared successful.

But some analysts suggest that in reality the number of failures is considerably larger. Russian military expert Pavel Felgenhauer said that of the Bulava's first 12 test launches, only one was entirely successful.

The Bulava (SS-NX-30) SLBM, developed by the Moscow Institute of Thermal Technology (since 1998), carries up to 10 MIRV warheads and has a range of over 8,000 kilometers (5,000 miles). The three-stage ballistic missile is designed for deployment on Borey-class nuclear submarines.