Russian President Dmitry Medvedev delivered his final state-of-the-nation address on Thursday before he steps down next year.

Russian President Dmitry Medvedev delivered his final state-of-the-nation address on Thursday before he steps down next year. 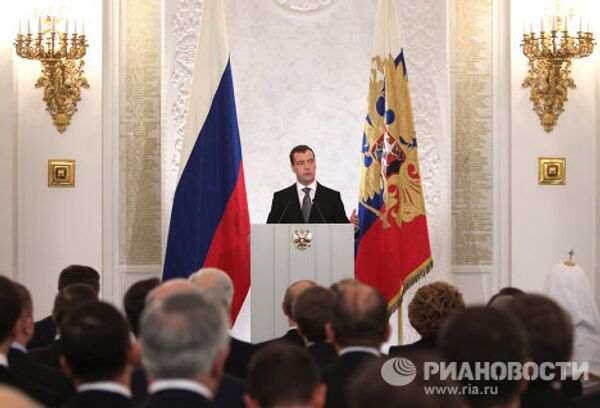 1/6
© RIA Novosti . Vladimir Rodionov
/
Go to the photo bank
Russian President Dmitry Medvedev delivered his final state-of-the-nation address on Thursday before he steps down next year. Medvedev proposed several sweeping reforms that include the return of direct elections for regional governors that were abolished in 2004 by the then president Vladimir Putin, easing the rules for the registration of presidential candidates and political parties as well as the creation of a public TV network that will not be directly influenced by the Kremlin. 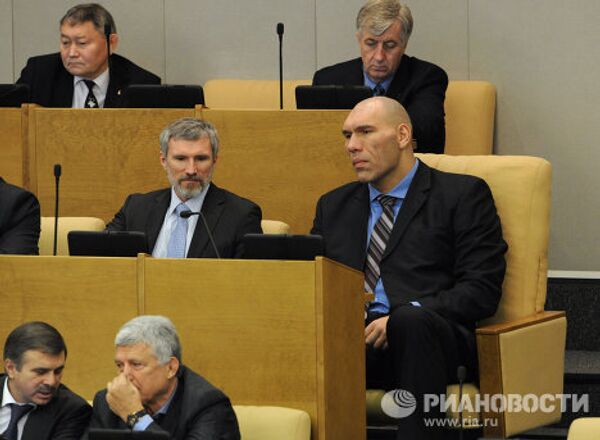 2/6
© RIA Novosti . Ilya Pitalev
/
Go to the photo bank
Newly elected deputies of the lower house of Russia’s parliament, the State Duma, carried out their first session on Wednesday. The elections that brought four Russian political parties to victory, sparked nationwide popular protests because of alleged mass vote fraud and ballot stuffing in favor of the ruling United Russia party. 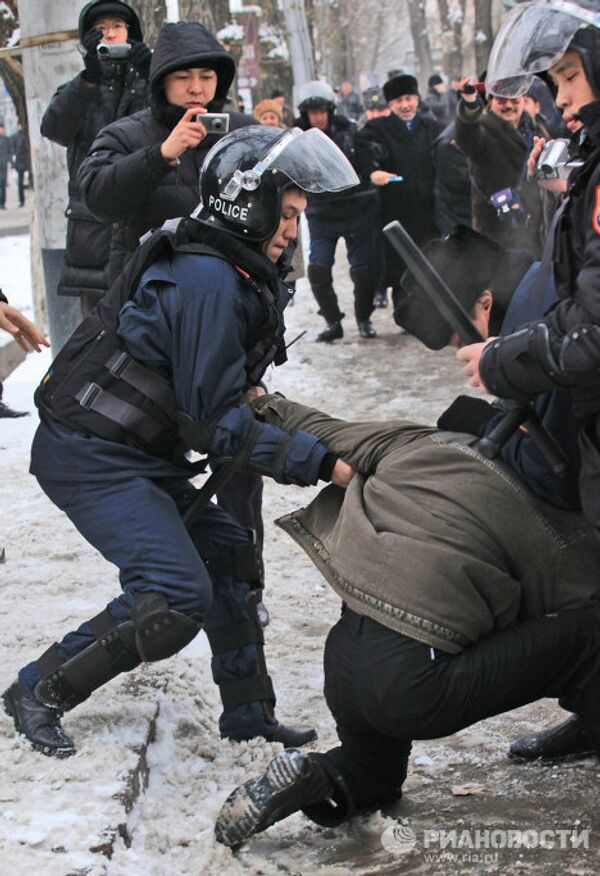 3/6
© RIA Novosti . Anatoly Ustinenko
/
Go to the photo bank
Kazakh President Nursultan Nazarbayev met on Thursday with residents of Zhanaozen, the oil town where 15 people, according to official estimations, were killed last week during oil workers’ protests against wage cuts. Other estimates vary from between 15 and 70. Eyewitnesses said police fired on unarmed protesters, a charge denied by the authorities. 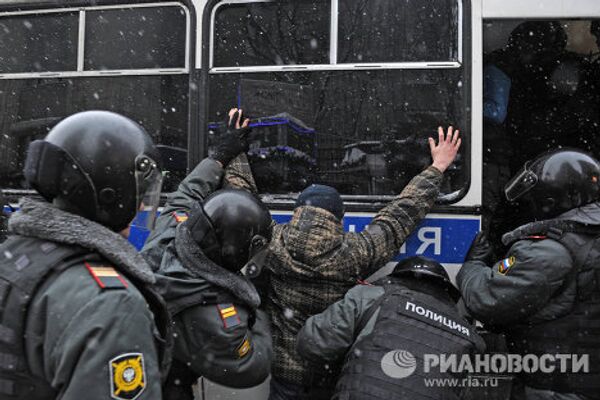 4/6
© RIA Novosti . Vladimir Astapkovitch
/
Go to the photo bank
Moscow policemen detained about 20 people on Wednesday during a rally in front of the parliament building who gathered under the slogan “We didn’t chose them,” referring to the members of the ruling United Russia party that merely retained its majority in the state Duma after allegedly rigged parliamentary polls on December 4. 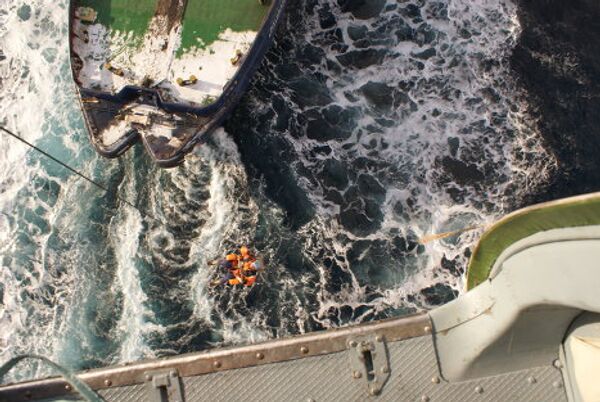 5/6
© Photo : Press service of EMERCOM Far Eastern Regional Center
The Russian Kolskaya drilling oil rig overturned on December 18 with 67 people onboard in the Okhotsk Sea, some 200 kilometers from the Far Eastern Island of Sakhalin. Fourteen people were rescued and 36 more are missing. The death toll now stands at 17.
Photo: a rescue operation near the oil rig wreckage scene. 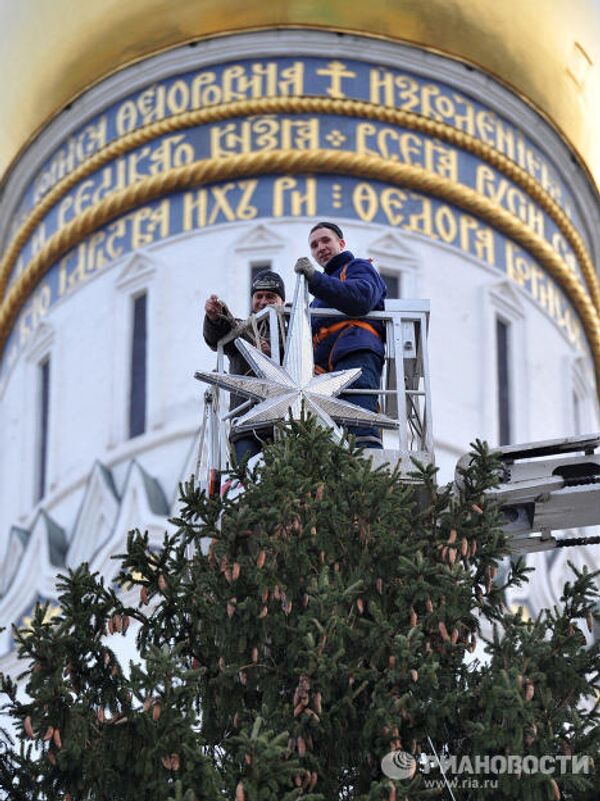 6/6
© RIA Novosti . Vladimir Pesnya
/
Go to the photo bank
Russia’s main New Year tree was put up on Tuesday at the Sobornaya Square near Kremlin.
Newsfeed
0
Access to the chat has been blocked for violating the rules . You will be able to participate again through:∞. If you do not agree with the blocking, please use the feedback form
The discussion is closed. You can participate in the discussion within 24 hours after the publication of the article.
To participate in the discussion
log in or register
loader
Chats
Заголовок открываемого материала