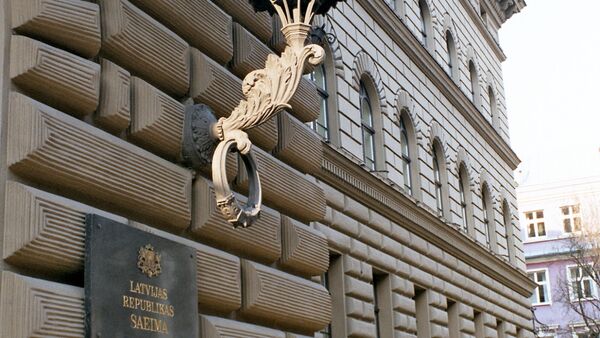 The Latvian parliament rejected on Thursday a draft law that would have made Russian the former Soviet republic's second state language, RIA Novosti reports.

The bill, that envisaged amendments to the Constitution by introducing a second state language in the country, was passed to parliament on Tuesday by President Andris Berzins.

Berzins said that the “controversial bill will not contribute to Latvian people’s unity.”

“Granting the Russian language the status of the second state language is the denial of Latvia as a national state and it contradicts the basics of the Satversmes (Constitution),” Berzins said.

Sixty deputies out of the 100-seat parliament voted against the bill, one abstained from the vote and 31 lawmakers, members of the Latvian opposition party, left the parliament as a sign of protest.

The share of Russian-speaking residents in Latvia's 2.3 million population is 44%.

The Latvian parliament created the category of "non-citizen" in 1991 and it largely applies to Russians who moved to then socialist republic during the Soviet era. Non-citizens are not considered stateless persons under Latvian law, but lack full rights, with the main restriction depriving "non-citizens" of the right to vote.