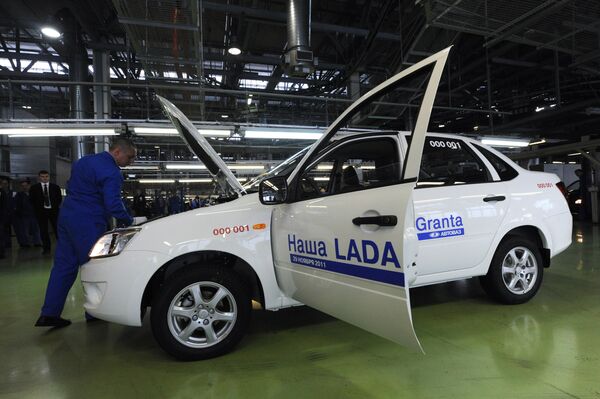 The car maker received about 20,000 orders for the new car from September to November 2011 and then stopped accepting orders for Granta sedans until the end of the first quarter of 2012.

AvtoVAZ Executive Vice-President for Production and Technical Development Vitaly Vilchik has said AvtoVAZ planned to produce the Lada Granta with an automatic gearbox from September 2012 and make Granta hatchbacks from the end of next year.