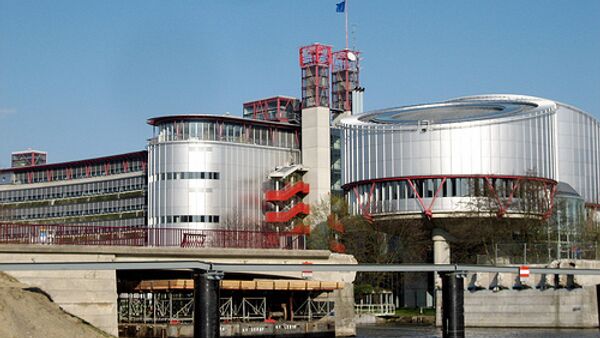 The European Court of Human Rights (ECHR) has fined the Russian government about 1.25 million euros in favor of victims of the 2002 Moscow theater hostage crisis, the court said in a ruling published on Tuesday.

The European Court of Human Rights (ECHR) has fined the Russian government about 1.25 million euros in favor of victims of the 2002 Moscow theater hostage crisis, the court said in a ruling published on Tuesday.

The court ruled that the Russian government is to pay between 9,000 euros and 66,000 euros to each of the 64 applicants, who lost their relatives during the hostage crisis, or were themselves amongst the hostages.

On October 23, 2002 a group of terrorists belonging to the Chechen separatist movement took hostages in the “Dubrovka” theater in Moscow (also known as the “Nord-Ost” theater).

For three days, 912 people were held at gunpoint in the theater’s auditorium. The terrorists refused to surrender, so in the early morning of October 26, 2002, the Russian security forces pumped an unknown gas into the main auditorium through the building’s ventilation system.

When the terrorists lost consciousness under the influence of the gas, the special squad stormed the building. As a result of the operation the majority of the hostages were released (over 730 people).

However, a large number of hostages were affected by the gas; 130 hostages died on the spot, in the hospitals or during the transportation, and some of those who survived continue to suffer from serious health problems.

After the siege, 64 former hostages sought compensation for physical and emotional suffering.

The applicants alleged, in particular, that during the hostage crisis the authorities had applied excessive force, which had resulted in the death of their relatives who were being held hostage by the terrorists.

Some of the applicants were themselves among the hostages and suffered serious damage to their health and psychological trauma as a result of the authorities’ actions.

Russia may appeal the ruling, Russia’s representative to the ECHR Georgy Matyushkin said.

Russia has three months to examine the ruling to see whether there are grounds for appeal, he told the Moscow-based Ekho Moskvy radio station.