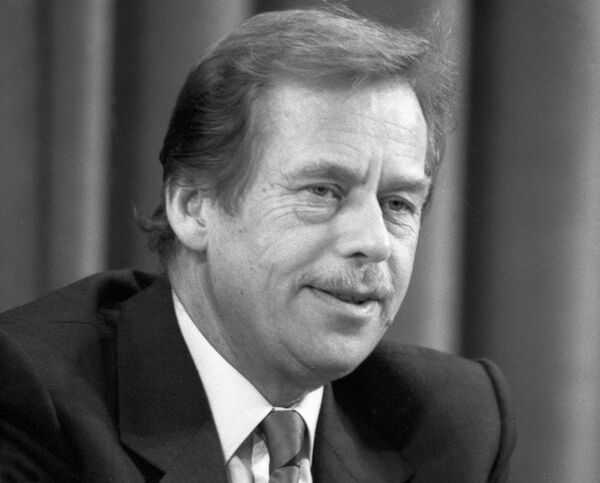 Czechs are mourning the passing of their former president Vaclav Havel. This remarkable man achieved nearly all the goals he set himself as a young man. His life’s work was to give his compatriots the freedom of choice.

Czechs are mourning the passing of their former president Vaclav Havel. This remarkable man achieved nearly all the goals he set himself as a young man. His life’s work was to give his compatriots the freedom of choice. Now Czechs, along with their closest neighbors and one-time compatriots, the Slovaks, have the freedom to elect their leaders. They also have an almost genetically ingrained aversion to communist demagoguery. This is how Havel understood freedom – an understanding forged in his own life experience.

Anyone wishing to push their own definition of freedom farther is free to do so. In 2003 Havel exited the presidential palace and the political stage, with its unavoidable compromises, deliberate omissions and maneuvering between left and right. In his final years, he acted only as a moral voice in political matters. This came naturally to him. The fusion of morality and politics was his trademark.

Havel sharply criticized Russia’s recent actions. He took the side of Georgian President Mikheil Saakashvili in 2008, spoke out against Russia even hypothetically joining NATO and the EU, and refused to regard Russia as a European country. He supported the NATO bombing of Yugoslavia in 1999 and did not recognize Viktor Chernomyrdin’s contribution to the compromise that ended the war.

However, his harsh views on Russia often concealed a feeling reminiscent of a jilted lover. Havel was not seen as a Russophobe before the unexpected triumph of the Velvet Revolution in Czechoslovakia in 1989. In the articles he contributed to anti-communist publications in Czechoslovakia and abroad, he wrote about Soviet dissidents as a vital group of the East European democratic movement, which he considered himself a part of. He probably hoped that dissidents would come to power in Russia after perestroika, like Lech Walesa in Poland, Vytautas Landsbergis in Lithuania and himself in the Czech Republic.

He was disappointed when Russia chose a different path. The liberals in Russia did not bounce back after a period of a moderate leftwing revenge (Social Democrats ruled in Poland from the latter half of the 1990s to the mid-2000s before the right came to power, and Hungary, Romania and Bulgaria followed Poland’s example). But in Russia the ruling party has remained in power since the early 1990s by deftly adjusting to changing conditions, while the left forces led by Zyuganov’s Communist Party continued to celebrate Stalin’s birthday. This effectively precluded any possibility of moderate leftwing revenge or a European trajectory.

Havel was not always fair in his criticism of Russia. Alexander Yanov, a prominent historian of the Russian opposition who has taught at U.S. universities, once described Havel’s attitude to Russia as “the fall of a European intellectual.” But I believe that it was an honest mistake on the part of Havel, not a deliberate sin.

He lived the bulk of his life during the most deceitful and humiliating period in his country’s history. After Warsaw Pact countries invaded Czechoslovakia in 1968, reformers and anyone else who displayed the slightest independent streak were expelled from the Czech communist party. Under Gustav Husak, the key posts in the country were given to yes-men who had no opinions of their own and slavishly followed the party line. Lies became the admission ticket to the elite and cynicism a prerequisite for career politicians. In his time, Havel criticized Czech liars and cynics as sharply as he later attacked Russian conformists. In fact, he hated liars wherever they lived.

Paradoxically, it was the political vacuum in the Czech communist party that led to Havel’s election in 1990. A dissident playwright who had been released from prison shortly before, he had no experience in government. He later told the Polish newspaper Gazeta Wyborcza that the communist party, which was rapidly losing power, had no socially acceptable pro-reform candidates to offer. The devastation of 1968 and the party shake-up of 1989 left the Czech communist party without anyone comparable to the Polish communist leader Wojciech Jaruzelski or to Hungarian and Polish Social Democrats. This is why Vaclav Havel, the best-known Czech abroad and the least compromised Czech at home, was elected the country’s first post-communist president.

Havel stood back while Prime Minister Vaclav Klaus, an economist by education, worked to reform the country’s economy. Havel had a different mission: everyone knew that as long as he sat in the presidential palace, the country’s policy would remain within acceptable moral boundaries. This is probably why Havel, who became the most important symbol both inside and outside the country, was reelected for a second term.

What is his legacy? Like all talented people, Havel was a man of many facets. In his speech at the Quadriga Award ceremony in 2009 he actually quoted Alexander Solzhenitsyn, who he often criticized. During a visit to prosperous Germany, he spoke of moral fortitude and stamina forged by daily struggle. People from the generation of Havel and Solzhenitsyn understood this only as the struggle against external limitations on their freedom and communist totalitarianism. Totalitarianism has since collapsed and information now spreads freely and easily, yet there is a more dire shortage of free people than in Havel’s youth. Easy access to information does not guarantee its assimilation. After all, freedom is not nirvana but a never-ending quest, as Havel knew very well.