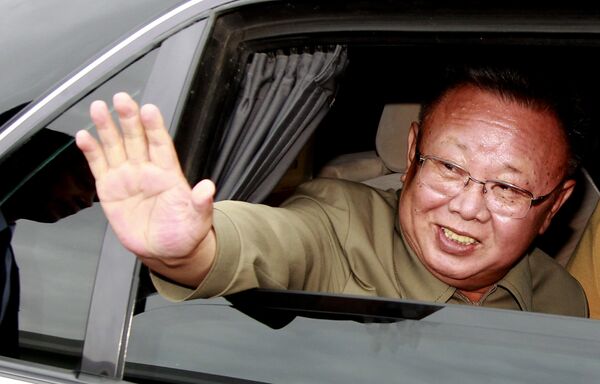 Kim "passed away from a great mental and physical strain," Yonhap quoted the North Korea's KCNA news agency as saying. He was pronounced dead on December 17, at 8:30 GMT.

His youngest son, Kim Jong-un, is tipped as possible successor. He was elected general secretary of the Worker's Party of Korea in late September 2010. Kim Jong-un will head the 232-member commission for his late father's funeral which is to take place on December 28. The nationwide mourning period will last until December 29.

North Koreans will be able to pay last tribute to their Supreme Leader in the Kumsusan Memorial Palace, where the embalmed body of his late father is being kept in a glass coffin. Foreign delegations were not allowed.

The North Korean leader suffered a stroke in 2008 and spent several months out of public view. Associated Press said Kim suffered from heart problems and diabetes.

Kim Jong il inherited the leadership of the isolated country from his father Kim Il-sung in 1994. A personality cult has been built up around the family, with Kim Il-sung known as the "eternal president" and Kim Jong-il as the "dear leader."