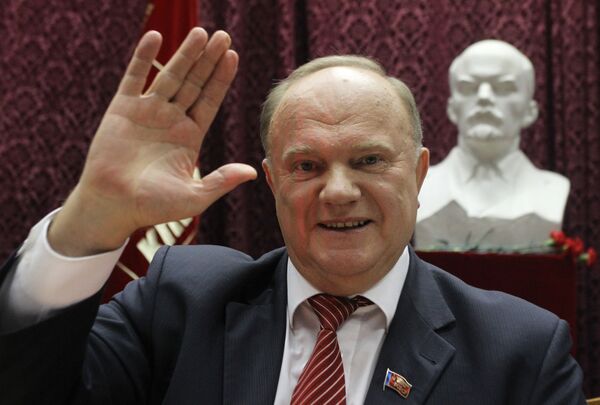 “If KPRF [Communist party] wins the presidential poll, the party guarantees it will hold early new elections to the State Duma in December 2012,” Zyuganov told supporters on Saturday as he was formally nominated to run for president in next March's election.

Zyuganov described the December 4 election as the “dirtiest” since the collapse of the Soviet Union in 1991.

Observers from the Organization for Security and Cooperation in Europe said the vote was “slanted in favor of the ruling party.”

U.S. Secretary of State Hillary Clinton said the election was neither free nor fair, and the European Parliament called for a re-run.

During a visit to Brussels on Thursday, President Dmitry Medvedev maintained the election was fair and said the European Parliament had “nothing to do” with it.

Speaking during a party congress in Moscow, Zyuganov also invited Putin to a televised election debate.