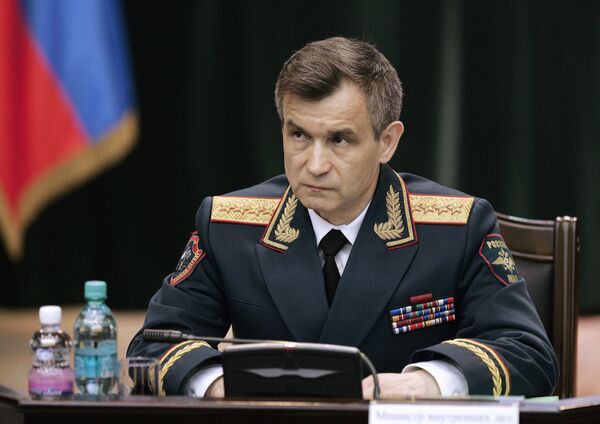 “You must hand in reports on the measures you have taken on all complaints filed during the election campaign to the Interior Ministry by December 15,” Nurgaliyev told a ministry meeting in Moscow.

His comments come as more than 33,000 people indicated on Facebook their intention to take part in a major protest rally over the results of last week’s parliamentary election in a central Moscow square on Saturday.

Any attempts to hold “unsanctioned events and break the law” will be stopped by police, he added.

Police say more than 600 people have been arrested in Moscow in protests over alleged election fraud since Sunday’s election, which saw the ruling United Russia party lose its support but still winning enough votes to have a slim majority, with 238 seats on the lower house out of 450.

Observers from the Organization for Security and Co-operation in Europe (OSCE) have said the vote was “slanted in favor of the ruling party.”

Hundreds of reports of fraud have also been uploaded to websites and social networks.

President Dmitry Medvedev has instructed election authorities to look into reports of violations but insisted the election was free and democratic.

Protests are also being organized in St. Petersburg and dozens of other cities across Russia, with thousands of people signing up to them on Russia's main social networking website VKontakte.