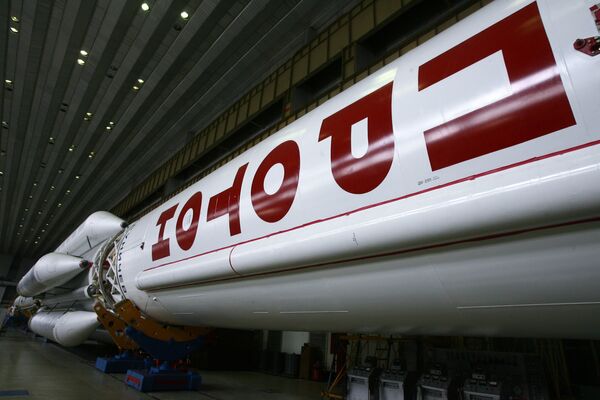 The Space News International website quoted Franco Bonacina as saying on Thursday that senior NASA, ESA and Russian space agency Roscosmos officials have agreed to continue talks on the issue.

The project that ESA calls ExoMars is facing difficulties due to a lack of financing from NASA.

The meeting “ended with optimism” that Russia could provide a Proton rocket to launch a European-led Mars telecommunications orbiter and a set of European and Russian sensors in 2016 in exchange for full membership in the exploration project.

The ESA spokesman also said the space officials agreed to create two working groups to look into the project feasibility and technical details. They are expected to report their conclusions to the heads of the three space agencies by the start of February.

No documents have been signed yet, he said.

Earlier, a deputy director of Russia’s space research institute, Oleg Korablyov, told RIA Novosti that Russian scientists are interested in joining ExoMars as this will speed up the development of the country’s own program of Mars research, as well as cut its expenditures.