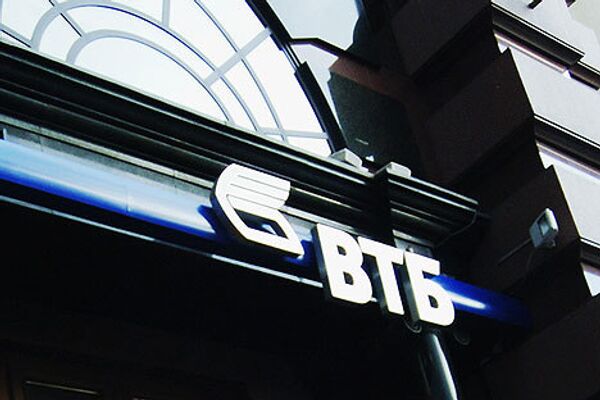 Quarter on quarter, VTB's net profit in the third quarter of 2011 decreased 31 percent.

The Group's return on equity increased to 16.2 percent from 9.9 percent, while its operating income before provisions rose 30.6 percent in January-September 2011 to 209.9 billion rubles.

"Net interest income before provisions, including net recovery of losses on initial recognition of financial instruments and loans restructuring, reached 159.2 billion rubles in the first nine months of 2011, up 23 percent from 129.4 billion rubles in the same period last year," VTB said.

The non-performing loan ratio shrank to 5.9 percent of total gross loans as of September 30, 2011, compared to 7.7 percent at the end of the second quarter of this year.

"The improvement in NPL ratio was mainly due to an increase in the Group’s loan book driven by both organic growth and the consolidation of BoM (Bank of Moscow) assets," the statement said.

"From September 30, we now consolidate Bank of Moscow, which we believe is a good long-term strategic fit for VTB, helping to strengthen our retail and corporate banking franchise in Russia’s most lucrative region. We are well-prepared for any stress scenario, and we are well-positioned for strong growth when the market environment stabilizes,” VTB CEO Andrei Kostin said.