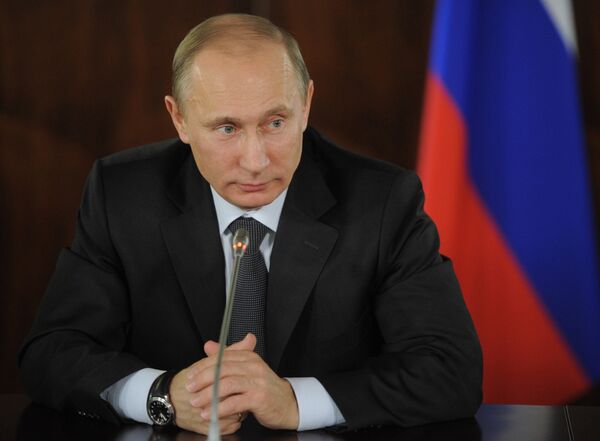 As protests look set to continue in Moscow and other cities against alleged electoral fraud at Russia's parliamentary polls, Prime Minister Vladimir Putin warned on Thursday that police would crack down on illegal demonstrations.

As protests look set to continue in Moscow and other cities against alleged electoral fraud at Russia's parliamentary polls, Prime Minister Vladimir Putin warned on Thursday that police would crack down on illegal demonstrations.

“As far as acts of street democracy go...if people act within the law, they should be given the right to express their opinion and we should not restrict anybody’s civil rights,” Putin said. "If anyone breaks the law, law enforcement bodies should demand they observe the law, using all legal methods."

The comments were Putin's first public reaction to an unprecedented wave of public protest over suspicions that Sunday's polls were rigged in favor of his United Russia party. There have been demonstrations throughout Russia for the past four days and some 1,000 people have already been detained.

Over 25,000 people have so far said on social network sites that they will attend a sanctioned protest planned for downtown Moscow's Revolution Square on Saturday. Opposition leader Vladimir Milov warned on Thursday in an interview with the Moscow-based Ekho Moskvy radio station there could be bloodshed at the rally and warned people to stay away.

City authorities have cautioned the Solidarnost group that they would face charges if more than the 300 people sanctioned for the march turned up. The square was closed off for what officials say is sewage repair work on Wednesday.

"No one wants a development of the kind of situation that happened in Kyrgyzstan and Ukraine not so long ago," Putin said, referring to the so-called color revolutions in the former Soviet states in the 2000s.

"No one wants chaos," he added.

International observers and the United States also criticized the elections, which saw United Russia's worst ever nationwide performance. President Dmitry Medvedev has said that the allegations, including dozens of clips of suspected fraud uploaded to the Internet, will be investigated.

Putin accused the U.S. on Thursday of being behind the protests. He said that comments by Secretary of State Hillary Clinton "set the tone for some opposition activists" and also "gave them a signal."