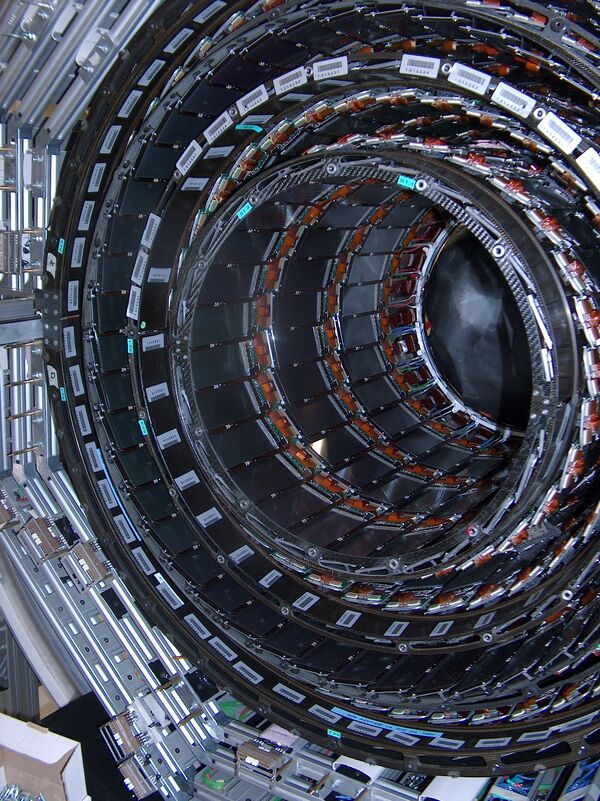 "Thank you for this brilliant and exciting year. We look forward to another unforgettable year 2012," a message posted on the LHC online status monitor reads.

The operations at the collider are shut down until early February to let the CERN scientists check the LHC systems, conduct maintenance and repair works and prepare it for higher-energy collisions.

After the technical shutdown, which ends on February 7, scientists will spend two weeks preparing the collider for the launch and will fire first beams until late March. Research will resume in full in the early days of April, with CERN researchers colliding protons at impact energies of up to 8 TeV.

Shortly before the winter shutdown, LHC team said they were close to detecting the elusive Higgs boson, one of the two general-purpose experiments at LHC.

The Higgs boson, nicknamed the "God particle," was hypothesized in the 1960s to explain how particles acquire mass. Discovering the particle could explain how matter appeared in the split-second after the Big Bang.

It is designed to detect a wide range of particles and phenomena produced in the LHC's high-energy proton-proton and heavy-ion collisions.

The 6-billion euro international LHC project has involved more than 2,000 physicists from hundreds of universities and laboratories in 34 countries since 1984. Over 700 Russian physicists from 12 research institutes have taken part.