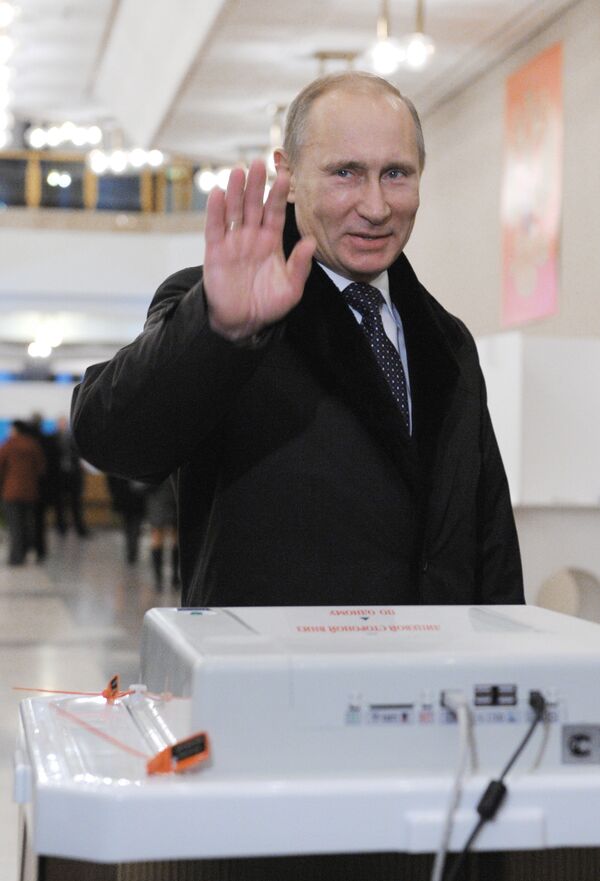 The party just retained a majority in Sunday’s elections, winning 238 of 450 seats, a significant decline from the 315 seats it claimed four years ago.

“Two hundred and twenty six votes are required to pass laws; United Russia is to get 238 seats - this enables us to work calmly and consistently, ensuring stability,” he said.

“It will be no exaggeration to say that in recent years United Russia has served as a significant foundation of our political stability so its successful showing in the election is important not only for the government but for the country as a whole.”

The second-placed Communist Party won 92 seats, a some 30% increase from 2007. The nationalistic Liberal Democratic Party (LDPR) and the A Just Russia party also saw their share of the vote increase.

Earlier in the day, President Dmitry Medvedev, who headed United Russia’s ticket at the polls and may head the new government after he steps down in March, reaffirmed that United Russia is ready to form blocs and coalitions in the new Duma.