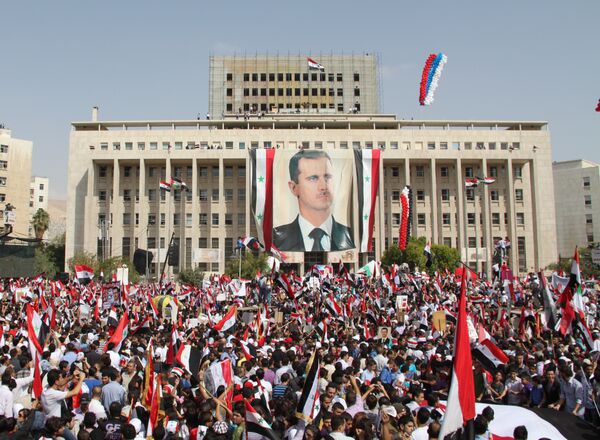 Syrian diplomats dismissed on Saturday a new resolution of the UN human rights watchdog as unfair and blatantly politicized, the Foreign Ministry said.

Syrian diplomats dismissed on Saturday a new resolution of the UN human rights watchdog as unfair and blatantly politicized, the Foreign Ministry said.

Western nations have accused the Syrian authorities of brutal treatment of protesters who have been rallying against the government and President Bashar al-Assad for nine months.

The resolution of the UN Human Rights Council was passed on Friday by 37 out of 47 member states. Russia, China, Cuba and Ecuador voted against the document.

The Syrian Foreign Ministry said in its statement that the resolution deliberately ignored the Syrian government’s explanations and initiatives to satisfy the people.

The diplomats said the document “ignored information about arms smuggling into Syria, and the funding and training of terrorists in special camps outside the country.”

The Syrian ministry said the UN based its conclusions on what it called biased testimony from the Syrian opposition forces, and accused the UN of indifference toward the Syrian people and their future.

The ministry said the Syrian government would nevertheless continue reforms and work on a new modern Constitution.

UN statistics have put the death toll in the nine months’ confrontation between the opposition and the president’s loyalists at 4,000 people.

The opposition wants al-Assad to quit, a demand backed by the United States and the EU who have been mounting political and economic pressure on Damascus.

Last week, the Arab League introduced economic sanctions against Syria after the country’s government refused to let in observers.