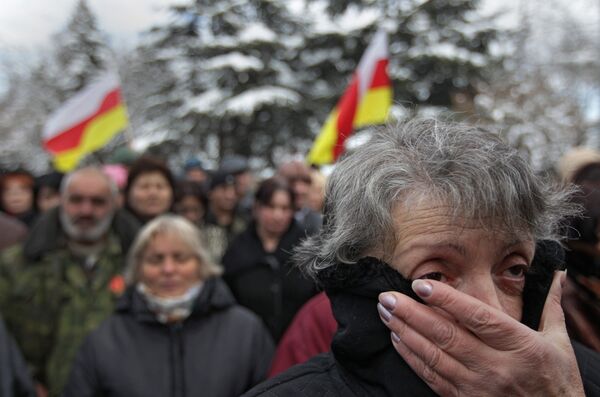 "We are not going to make up with him," said Mikhail Khanikayev, spokesman for Dzhioyeva's staff.  Kokoity's resignation will be the opposition's condition at any talks.

Khanikayev said earlier that Dzhioyeva supporters will on Saturday meet with Sergei Vinokurov, head Kremlin's directorate for interregional relations and cultural contacts. However, the meeting was scratched at the supreme moment.

"Moscow is not ready for talks," Khanikayev explained.

Situation heated up in South Ossetia after November 27 runoff presidential elections. Preliminary results showed that opposition leader Dzhioyeva, also former education minister, won the runoff. But the republic's Supreme Court on Tuesday canceled the elections outcome, citing violations. Dzhioyeva declared herself president and her supporters have been rallying on the central square of the capital Tskhinval ever since.