Reforms in Russia: Going in circles for 20 years 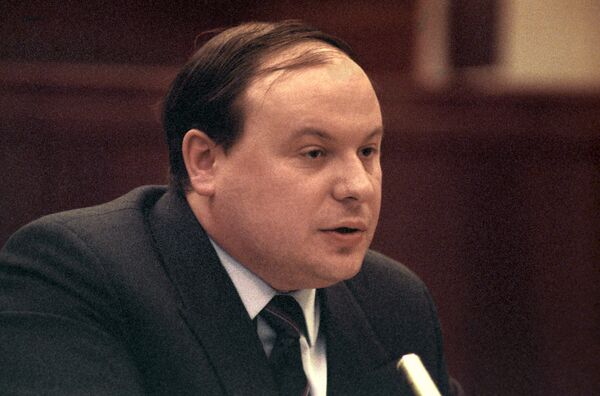 Russia has been carrying out economic reforms for 20 years now, which is enough time to sum up the results. Regrettably, they are not very optimistic.

Russia has been carrying out economic reforms for 20 years now, which is enough time to sum up the results. Regrettably, they are not very optimistic. Russia has managed to do away with its planned economy but the price it had to pay for this was deindustrialization. As a result, it has left the club of advanced countries and has started drifting towards peripheral states – suppliers of raw materials for the global economies.

Two decades after the start of these reforms, economists are still trying to establish whether Russia had any alternative. This question is all the more relevant now that there is a demand for drastic transformation in the Russian economy.

The burden of wrecked reforms

Practically all economists agree that by the beginning of the 1990s the Soviet economy was badly in need of reform. Speaking at the November 24 round table, “Twenty Years of Economic Reforms: Achievements and Missed Opportunities” at the Komsomolskaya Pravda Publishers, former Central Bank CEO Viktor Gerashchenko said, “People were aware of the need for reform, but there were few people who were ready to carry them out.”

There were attempts at this, to be sure. From the latter part of the 1980s and until 1991, several groups of economists were working on models for radical economic reforms. However, a lack of resolve on the part of the Soviet leadership and squabbles related to nomenclature frustrated these plans from materializing.

Andrei Gorodetsky, deputy director of the Russian Academy of Sciences (RAS) Institute of Economics, recalls, “We had been working on reforms since 1984. The whole package of documents was ready. The reforms were about to be launched but a letter from two members of the Academy (Leonid Abalkin and Stanislav Shatalin) to Mikhail Gorbachev prompted a sharp turn from radical economic reform to what they called financial stabilization… All our work went down the drain!”

Meanwhile, the time for carrying out normal, deep and well thought-out reforms was desperately running out. The fall of oil prices in the late 1980s and the political crisis were carrying the Soviet Union to the point of no return, beyond which radical reforms become inevitable.

The sad story of liberalization

Advocates of neo-liberal reforms use an absence of alternatives to explain the tough actions of the Yegor Gaidar Government in 1991-1992, and blame the rough economic consequences on the blunders of the Soviet leadership on the eve of reforms.

Former Economy Minister Andrei Nechayev comments, “Price liberalization was very painful and unpopular but there was no alternative.” He believes the Valentin Pavlov Government had already freed wholesale prices de facto. Under the circumstances, retail prices could only be curbed with budget subsidies. But the problem was that 60% of the budget was financed through emissions. “If you can’t control retail prices, you have to let them go,” Nechayev summed up.

Price liberalization had large-scale consequences. In 1992, inflation in Russia amounted to 2,500% whereas in Eastern European countries it was incomparably lower.

Igor Nikolayev, director of the FBK Strategic Analysis Department, explains this gap by the fact that Soviet Eastern bloc countries had started price liberalization a year or two before. Moreover, their economies had a private sector and prices were free on certain goods anyway.

Other experts believe that hyper inflation was a result of systemic blunders. “The price system that we had [in the U.S.S.R.] could not have been cured by liberalization,” Gorodetsky insists. “What caused our commodity markets to explode? Prices jumped up while customs tariffs remained at the level of 0.001% of the costs. This kind of tariff system could not regulate anything. It was completely unable to guarantee the economic safety of the domestic markets and this produced the expected results.” Gorodetsky is convinced that liberalization was inevitable, but being unprepared, it put the brakes on further reforms. “It didn’t even matter whether we needed liberalization or not. What mattered was that we did a bad job, as usual. We tried to counter the effects of this liberalization throughout the 1990s,” he said.

Some steps taken during the period of reforms had even more serious consequences for the nation. Even advocates of liberal reforms sometimes describe privatization of state property as “dirty and unfair.”

Who is to blame for it? There is no clear answer to this question. Nikolayev recalls that the decision on voucher privatization was made in the middle of 1991 but it was a huge mistake to carry it out against the backdrop of hyperinflation. “Understandably, vouchers turned into worthless papers that were bought up. Such privatization was doomed to be dirty and unfair.”

The second stage of privatization raises even more questions. “If the voucher privatization was in some way justified, shares-for-loans auctions had no excuse at all,” Nikolayev said bluntly. “We will be in the grips of this privatization for a long time to come.”

The trouble is that unfair privatization has engendered deep mistrust between people and business, and trust is “a major socio-economic category” in the economy.

Boris Kagarlitsky, director of the Institute of Globalization and Social Movements (IGSO), suggests that the success of reforms be judged by their beneficiaries.

Who stood to gain?

“The winners were the part of the nomenclature that saw the resolution of their problems in the transition to capitalism, and resolved them,” Kagarlitsky said. “The party-and-economic bureaucracy successfully transformed into the bureaucratic bourgeoisie.”

He believes that the development of reforms was predetermined by this nomenclature not in the 1990s or the end of perestroika but a decade earlier. “In fact, it was the Leonid Brezhnev leadership that made this decision, probably without even comprehending the aftermath, when they re-oriented the Soviet economy to oil exports in the mid 1970s. Everything else was minor details,” Kagarlitsky sums up.

This is a bold version but in a way it answers the question as to why the Russian economy still needs drastic reforms.