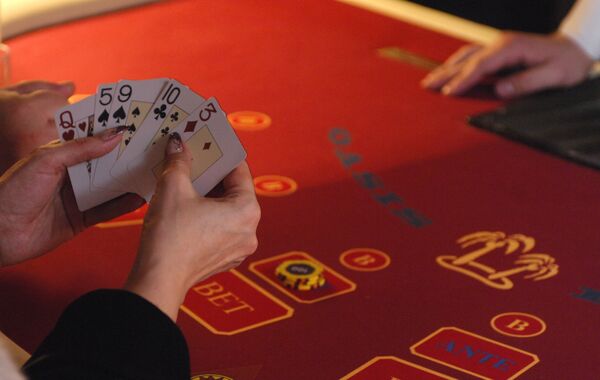 Special areas the government has set aside for gambling are not recouping the costs of their establishment, Russia’s Accounts Chamber said. Business is not surprised: creating gambling zones was a political decision, with no economic considerations factored in. Besides, existing legislation contains enough loopholes for dishonest businesses if they decide to go underground.

Special areas the government has set aside for gambling are not recouping the costs of their establishment, Russia’s Accounts Chamber said. Business is not surprised: creating gambling zones was a political decision, with no economic considerations factored in. Besides, existing legislation contains enough loopholes for dishonest businesses if they decide to go underground.

Continued … under some guise or other

According to the Accounts Chamber, the government has allocated over 1.4 billion rubles for setting up gambling zones, but tax revenues are recouping only 7% of the costs. That is not surprising, considering that only one of the four planned areas – Azov City – has opened at all, with two casinos.

The auditors can only shake their heads in dismay: “More than 1.4 billion rubles of government funds assigned for the establishment of the Azov City gambling area is tending towards negative efficiency.”

The officials and businesspeople have had enough time to organize proper gambling: a federal law banning games of chance from July 1, 2009 everywhere except specially allocated areas was passed back in 2006.

But instead of relocating gambling clubs and casinos, their owners have opted either to wind down their businesses or carry on illegally. Especially since the penalty for violations is not too stiff: a first-time fine is 40,000 to 50,000 rubles. For an amusement arcade owner it is peanuts.

The loopholes in the law have made the business almost legitimate. It can, for example, exist as a sports club for poker. But a simpler and cheaper arrangement is to open an online casino – all that one has to do was register a website with a foreign URL where visitors can play all the virtual roulette or poker they want. Stakes can be made through credit cards or via an online payment system.

Law enforcement agencies have reported that the number of computer clubs in the capital has increased by about 50% since gambling was banned. Early in 2010, market players unofficially acknowledged that up to 90% of gambling establishments continued to operate under some guise or other.

But sports poker and virtual casinos are more like exotica targeted at intellectuals. Numerous clubs with game machines have simply changed their signs.

“The provisions of this law do not apply to lotteries and exchanges,” explains Gaming Business Association Vice-President Vladimir Ilyushin. “This made many businesspeople turn their gaze towards the lottery law, which contains definitions that can be interpreted at will. For example, the description ‘lottery equipment’ is not specified, and no special regulations apply to such equipment.” As a result, many gaming arcades have turned into instant lottery clubs.

The situation, in the expert’s opinion, dramatically changed in the summer of 2011 when organizing underground casinos became a criminal offence.

“The current criminal legislation is very tough – the owner of an illegal gambling business can be sentenced to six years in jail,” says Moscow Lotteries President Igor Dines. “This threat is stopping many risk-takers in their tracks. So rampant gambling is a thing of the past.”

The expert admits that “players began drifting off” once the gaming business was made illegal. “The number of people ready and willing to play now is a fraction of what they were five years ago,” Dines notes.

Better no way than anyway

Running illegal gambling businesses has become tougher but that has not increased entrepreneurs’ interest in legal gambling zones. There are two reasons for that: the remoteness of the zones and the rules of the game.

Currently, the areas allocated for gambling are located in the Altai, Primorye and Krasnodar territories and in the Kaliningrad Region, in unpopulated areas that have no infrastructure, including transportation. Understandably, the owner of ten slot machines at a busy railroad station will not move there, nor will the owner of a Moscow casino – there will not be enough capital.

“The gambling areas were set aside to attract big investors expected to build an amusement city with children’s parks, shopping facilities, concert grounds and casinos,” says National Bookmakers Association President Oleg Zhuravsky. Such investors do exist but only abroad, Zhuravsky believes. But the law’s strict provisions stand in their way.

Clearly, the establishment of a large entertainment center calls for huge investments spread over many years. “But the law says that land can be rented out for only 10 years, and nobody knows what will come next,” Ilyushin shares his fears. “The southern gambling area, for example, first consisted of two regions – Krasnodar and Rostov. Rostov has now been dropped, but imagine if people had started building something there.”

In addition, any businessman can buy a plot of land in a gambling zone, according to the law. Big investors fear that smaller rivals may take advantage of the fruits of their efforts. “Along comes an investor ready to sink $5 billion into a gambling area, an entertainment complex and a resort. And next to it springs up a kebab house with five slot machines or a tent with two roulette tables. Tell me, will a serious businessman invest in such projects?” Zhuravsky wonders.

Better here than in Monte Carlo

But despite all the shortcomings of the gambling zones project, market players still believe it should not be abandoned. A drastic change in the concept might scare away both potential investors and gamblers. What is needed is some slight changes to make the projects commercially attractive.

An ideal option would be to establish a gambling zone outside Moscow, although few business leaders believe it is realistic. “I give my full support for such an area near Moscow with one or two large casinos,” Dines says. “This will benefit all around: the city will get sizeable tax revenues, and the gamblers will have an opportunity to play legally without having to travel too far. In Moscow there are many people with cash willing to gamble it away. Let them do this here, not in Monte Carlo.”

The market players are also drawing attention to Olympic facilities being built for the 2014 Winter Games. “The key problem no one has yet solved anywhere is the post-use of Olympic facilities,” Dines believes. “A gambling area opened there [in Sochi] could be the way out for everyone.”