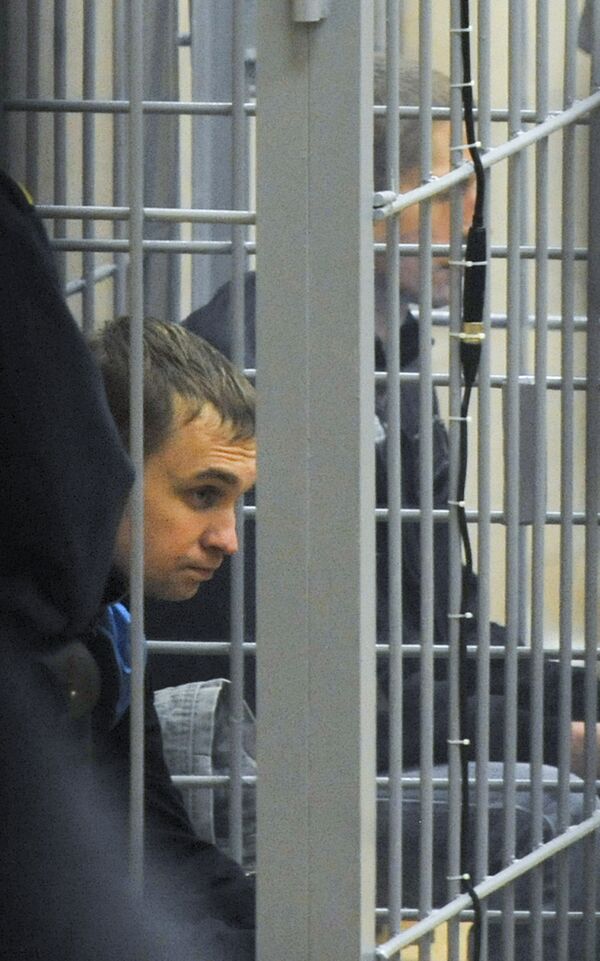 The European Union on Thursday called on Belarus to join the rest of Europe in prohibiting capital punishment.

The European Union on Thursday called on Belarus to join the rest of Europe in prohibiting capital punishment.

"The European Union opposes the use of capital punishment under all circumstances," Maja Kocijancic, spokeswoman for EU foreign-policy chief Catherine Ashton, said.

"We believe that the death penalty is a cruel and inhuman punishment that does not allow any reversal, and it fails to provide a deterrence to any criminal behavior and is an unacceptable denial of human dignity and integrity."

Her remarks come a day after two Belarusian nationals were sentenced to death for carrying out a subway bomb attack in Minsk.

Dmitry Konovalov and Vladislav Kovalyov were found guilty of detonating an explosive device at a Minsk subway station on April 11 that killed 15 and wounded over 200 people. On Wednesday, the Supreme Court of Belarus sentenced them to death by firing squad.

Council of Europe’s Secretary General Thornbjorn Jagland said on Wednesday that the crime perpetrated by the two men was “barbaric” but urged the Belarusian authorities to refrain from employing a “barbaric” punishment.

The date of their execution has not yet been set.

The Supreme Court’s ruling is final and may not be appealed. Persons sentenced to death may only appeal to the president for a pardon.

Throughout his presidency Alexander Lukashenko has only once granted a pardon, commuting the death penalty to a 20-year prison sentence in 1996.