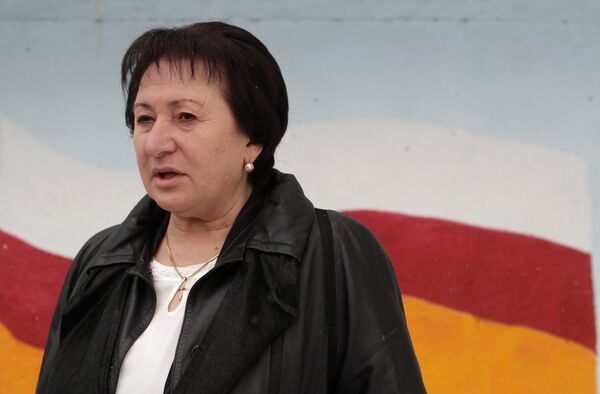 Russia has recognized the annulment of South Ossetian presidential elections, calling on all South Ossetian political powers to respect the Supreme Court’s decision, the Russian Foreign Ministry said on its web site on Wednesday.

Russia calls for maintaining “a calm and stable situation” in South Ossetia, the ministry said.

South Ossetia’s Supreme Court on Tuesday declared null and void the outcome of the November 27 runoff presidential elections because of violations. However South Ossetia’s former education minister, Alla Dzhioyeva, who had won the runoff, declared herself president of the breakaway republic in defiance of a court ruling.

Dzhioyeva, who was barred from running in a second election on March 25, urged Russia to recognize the results of the elections.

After meeting with diplomats in the Russian embassy in Tskhinvali, Dzhioyeva said that they pledged to inform Russian authorities about her demand. She did not elaborate on the details of the talks.

Dzhioyeva denied trying to foment a Ukrainian-style revolution, telling the Kommersant FM radio station the authorities had “nothing left to do but talk about color revolutions.”