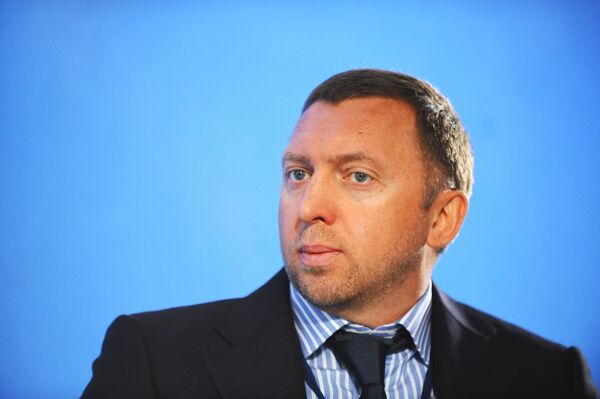 "This is not the first time that Mr. Deripaska has made statements concerning Norilsk Nickel in various courts," a spokesman for Potanin's Interros holding, Andrei Kirpichnikov, told RIA Novosti.

"I see no sense in commenting on such demarches. People choose their own business style and form their reputation on their own. We can only regret that businessmen put these kinds of personal ambitions ahead of the reputation of Russian business and the country as a whole."

RusAl estimated Norilsk's losses from the buyback at more than $1 billion. The suit in Federal Criminal Court of Switzerland also names former board member of Hyposwiss Private Bank Zurich Hans Bodmer for his alleged role in the laundering scheme.

RusAl and Interros, which holds over 30 percent in Norilsk, have been locked in a struggle for control of the metals giant for more than a year. RusAl says the Norilsk board has become dominated by officials linked with Interros.

To resolve the conflict, Norilsk initiated a $4.5 billion buyback program this January and scheduled for completion in February, although the buyback only ended in March due to court proceedings under a lawsuit filed by RusAl. RusAl said the program would distort the company's ownership structure.

Deripaska told the magazine he believed money laundering took place in Switzerland with the help of Hyposwiss bank. He said he had also filed with Swiss banking regulator FINMA asking it to examine the bank's actions.