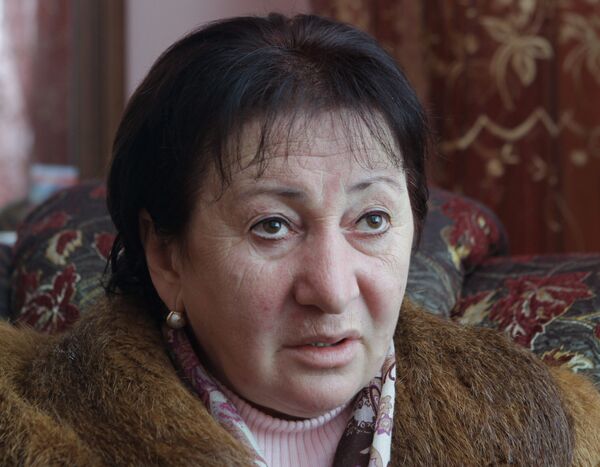 © RIA Novosti . Mikhail Mokrushin
/
Go to the mediabank
Subscribe
International
India
Africa
With official results of South Ossetia’s November 27 runoff presidential election yet to be announced, the two participants of the race on Monday both claimed victory, local media said.

With official results of South Ossetia’s November 27 runoff presidential election yet to be announced, the two participants of the race on Monday both claimed victory, local media said.

So far, former education minister Alla Dzhioyeva, the opposition candidate, has 56.74 percent of the vote with 74 of 85 districts tallied, the republic’s Central Electoral Commission said.

But Dzhioyeva's rival, Emergencies Minister Anatoly Bibilov, claims to have a seven-percentage point lead in the voting.

Bibilov was seen as Moscow’s favored candidate and was widely expected to win. The politician called for "a new beginning" in the region, which still carries scars from the war between Georgia and Russia in 2008.

On Monday, Dzhioyeva called on Bibilov to concede defeat. “The public has passed its judgment on the ruling power,” she said.

The Central Electoral Commission on Monday said it would postpone the announcement of the official results after the ruling Unity party filed a complaint over violations during the election campaign. A decision whether the complaint is lawful or not will be taken by the republic’s Supreme Court.

Bibilov said he will accept the court's ruling, adding that there are grounds to distrust data provided by the Central Electoral Commission.

A runoff was required because none of the candidates received a majority of votes in the first round on November 13. Dzhioyeva and Bibilov came in neck-and-neck with just over 25 percent each.

The winner will replace Eduard Kokoity, the two-term president of the breakaway Georgian republic.

The former Georgian republics South Ossetia and Abkhazia broke away from Georgia in the early 1990s. Georgian forces attempted to bring South Ossetia back under central control in August 2008, but were repelled by the Russian military. Russia subsequently recognized both republics, and later Nicaragua, Venezuela and the tiny island nations of Nauru and Vanuatu followed suit.