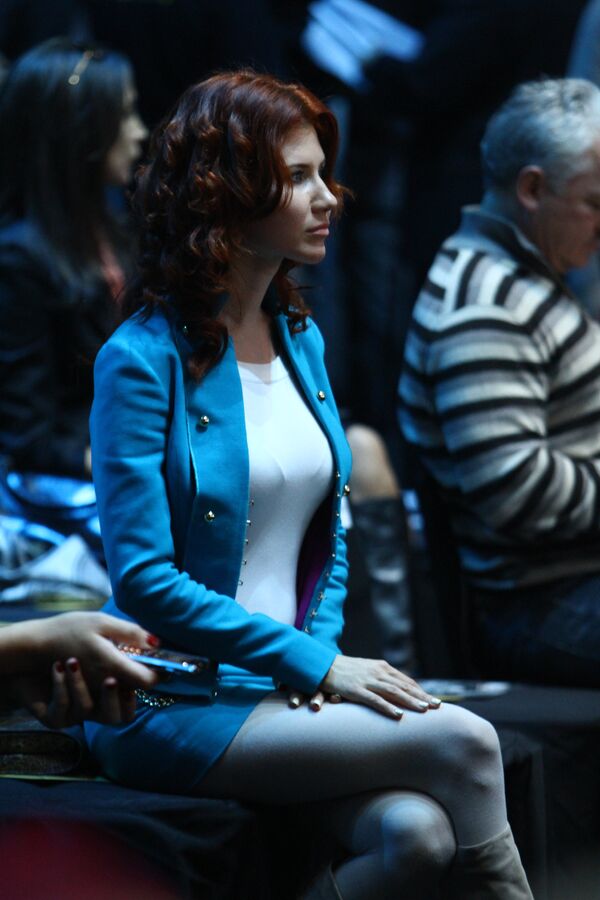 According to Chapman's representative, the video shot at the Baltschug Kempinski Hotel on July 24, 2010, was filmed without Chapman's permission. Chapman argues that the airing of the video infringed upon her honor and dignity and she incurred moral damage.

Vladimir Krasyukov, Chapman's attorney, said she did not believe she would be filmed by the Lifenews Internet publication when Chapman arrived to the Baltschug Kempinski Hotel to meet actress Angelina Jolie.

Yanchuk said the video shooting was preliminarily agreed upon with Chapman personally and there is a record proving such an agreement was reached.

Chapman was arrested along with nine other Russian spies in the United States in June 2010. The agents were charged with collusion to spy for a foreign country. In early June, they were exchanged at a Vienna airport for four Russians convicted of spying against Russia.

"Chapman's lawsuit was upheld partially, but we do not agree with the decision and will dispute it," Yanchuk said.

She added that the judge announced only the decision's operative part. "We do not know the courts motives for this, and we cannot discuss them," Yanchuk said.