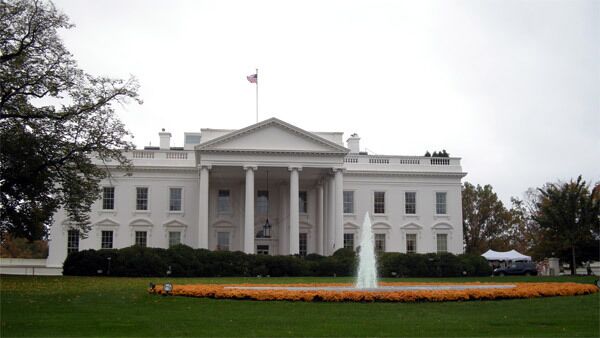 The White House insisted on Wednesday that Washington would not alter its plans for a European missile defense project, despite increasingly tough rhetoric from Moscow.

The White House insisted on Wednesday that Washington would not alter its plans for a European missile defense project, despite increasingly tough rhetoric from Moscow.

Russian President Dmitry Medvedev said earlier in the day that Russia would move "advanced offensive weapon systems" to its borders with Europe in response to the planned shield, if talks on the project fail. Moscow is seeking written, legal guarantees that the shield will not be directed against it, but Washington has refused to put its verbal assurances in writing.

“The United States will not alter its plans to deploy a NATO missile defense system and Russia should not be threatened by the shield,” National Security Council spokesman Tommy Vietor said in a statement. “The implementation of the missile system is going well and we see no basis for threats to withdraw from it.”

Vietor said the United States had explained to Russian officials through "multiple channels" that the missile defense systems planned for deployment in Europe do not threaten Russia's strategic deterrent.

"We have been addressing Russia's concerns through an intensive dialogue and detailed briefings at senior levels. The U.S. and NATO have welcomed Russia to participate in missile defense cooperation. This is the best way for Russia to receive transparency and assurances that missile defense is not a threat," Kirby told Fox News.

The U.S. Department of State also said it would continue talks with Russia.

NATO Secretary-General Anders Fogh Rasmussen said in a statement he was "very disappointed" with Medvedev's comments and suggested such a move would be "reminiscent of the past."

"Cooperation, not confrontation, is the way ahead," Rasmussen added.

Russia and NATO tentatively agreed to cooperate on the European missile defense network at the Lisbon Summit in November 2010, but differences in approaches toward the project led to a deadlock in negotiations.