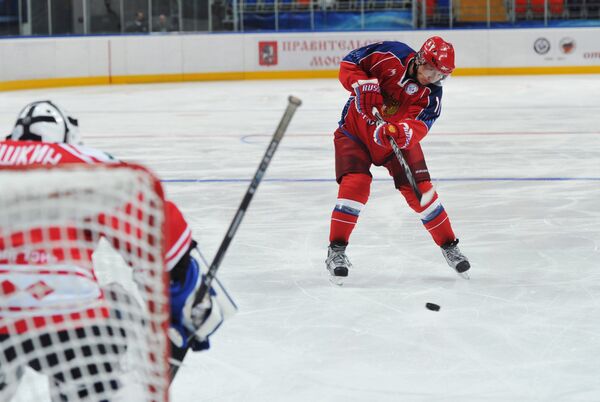 The Russian premier promised to learn to skate well enough to play hockey during a video conference with young Russian sportsmen on February 2011. He participated in an informal game of ice-hockey already in April.

He also said in May hockey and skiing were his favorite winter sports.

During Friday's training, Putin was wearing in a red-blue uniform with the Russian national emblem. His number was 11.