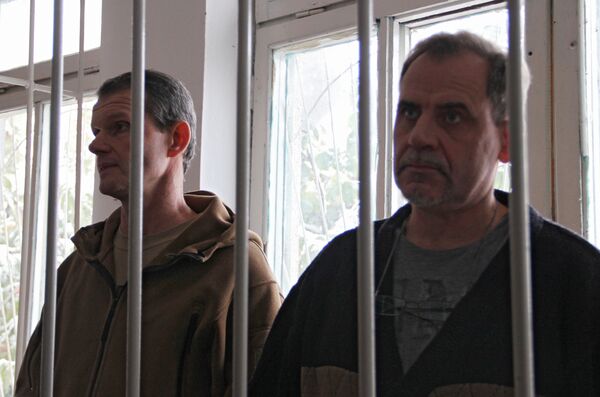 The Tajik president has ordered the release of a Russian pilot convicted in the Central Asian republic, Tajik Defense Minister Sherali Khairulloyev said on Thursday.

Russian pilot Vladimir Sadovnichy and his Estonian colleague Alexei Rudenko were sentenced to eight and a half years in jail last Tuesday for smuggling and violation of Tajikistan’s airspace.

Moscow has responded by expelling some 200 Tajik migrants and warning of an unspecified further “asymmetric response.”

“Sherali Khairulloyev said the president of Tajikistan had issued orders that the issue be positively resolved,” a Tajik Defense Ministry spokesman said.

Tajik Prosecutor General Sherkhon Salimzoda said earlier in the day Sadovnichy and Rudenko will have their sentence commuted.

The lower house of the Russian parliament said on Thursday the verdict was unjustified and politicized, and hurts strategic partnership between Russia and the Central Asian republic.

In a special resolution, the State Duma said the verdict was motivated by considerations of political expediency and that the pilots should be freed as a matter of urgency.

On Monday, Russia’s public health chief called for Tajik migrant workers to be temporarily barred from Russia “for medical reasons.”

Flight captains Sadovnichy and Rudenko were returning from Afghanistan where they had delivered humanitarian aid in March. They had secured prior permission to fly via Tajikistan but Tajik traffic controllers said there was no permission “on the ground” and told them to return to Kabul. The planes did not have enough fuel and had to land in Tajikistan regardless.

Tajik authorities based their smuggling charges on the fact that the pilots had a disassembled engine onboard, which they said they were using for spare parts.