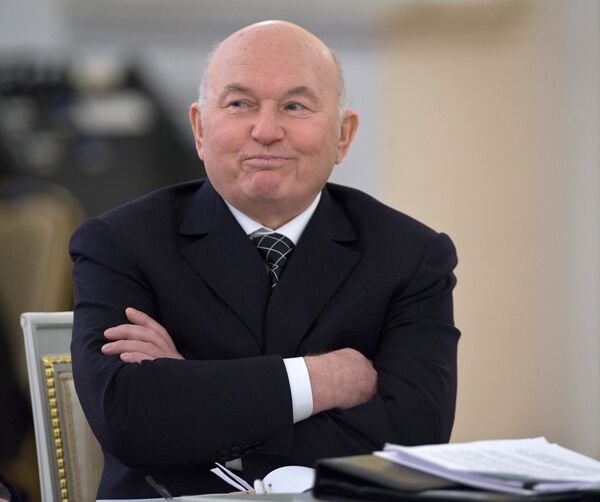 Former Moscow mayor Yury Luzhkov testified on Tuesday morning in a police probe into the embezzlement of funds from the Bank of Moscow, the capital's former investment vehicle.

Former Moscow mayor Yury Luzhkov testified on Tuesday morning in a police probe into the embezzlement of funds from the Bank of Moscow, the capital's former investment vehicle.

"Luzhkov is in a good mood... The questioning will take a lot of time because it will be necessary to get acquainted with the documents," Luzhkov's lawyer Genry Reznik said, adding that questioning could last until 3:00 p.m. Moscow time (11:00 GMT).

Investigators launched an inquiry in 2010 into a deal under which Bank of Moscow lent 13 billion rubles ($413 million) to an obscure real estate firm, Premier Estate. The firm used the money to buy land for a construction company owned by Yelena Baturina, Luzhkov's wife and founder of the Inteco real estate empire, at above-market prices.

Luzhkov has consistently denied that his wife benefited from his political post, although Baturina's real estate empire emerged from nowhere during his tenure of the mayor's office and was centered around the capital.

Bank of Moscow was at the center of a $14.28 billion bank bailout in July - Russia's largest ever - when state-owned VTB stepped in to take it over. VTB had to inject 100 billion rubles ($3.33 billion) as part of the deal. VTB's boss Andrei Kostin said there was no alternative to the rescue as a collapse of Bank of Moscow would have triggered a Lehman Brothers style event in the Russian banking sector.

Bank of Moscow's former CEO, Andrei Borodin, fled Russia after a warrant was issued for his arrest. He has consistently denied any wrong-doing and claimed the VTB takeover had been engineered for political motives.

His billionaire wife, Russia's richest woman, has sold many assets, including most recently the Verkhnebakansky cement plant in south Russia for an estimated 15-20 billion rubles ($490-$650 million).