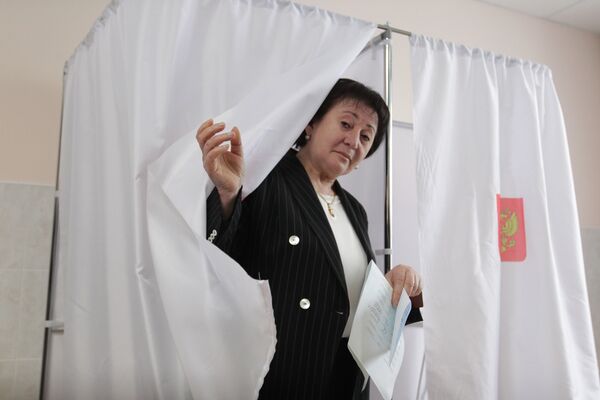 Russia recognized the independence of South Ossetia and another former Georgian region - Abkhazia - in 2008, following a five-day war with Georgia, which began when Georgia attacked South Ossetia, where most residents are Russian passport holders.

Moscow's decision has been condemned by many nations, including the United States, but a few other countries followed Russia's suit to recognize the independence of the two regions, which Georgia considers part of its sovereign territory "occupied by the Russian armed forces."

Referring to South Ossetia as a "Georgian region," Toner said that his country continues to support Georgia's territorial integrity within the internationally accepted borders and would not recognize the results or legitimacy of the polls.

"The United States does not recognize the legitimacy or the outcome of these so-called presidential elections and referendum that were held in Georgia's South Ossetia region on November 13th," Toner said.

"And we again urge Russia to fulfill all of its obligations under the 2008 cease-fire agreement, including withdrawal of its forces to pre- conflict positions and free access to humanitarian assistance to the Georgian regions of South Ossetia and Abkhazia," the deputy spokesman added.

The polls to choose a successor for Eduard Kokoity were held on Sunday. Russian observers monitoring the elections and referendum described voting as free and open.

No candidate received the necessary plus 50 percent of the vote in the first round. The second round of presidential polls in South Ossetia will be contested by Emergency Minister Anatoly Bibilov and former Education Minister Alla Dzhioyeva.