Change in Russian political system will be 'evolutionary' - Putin 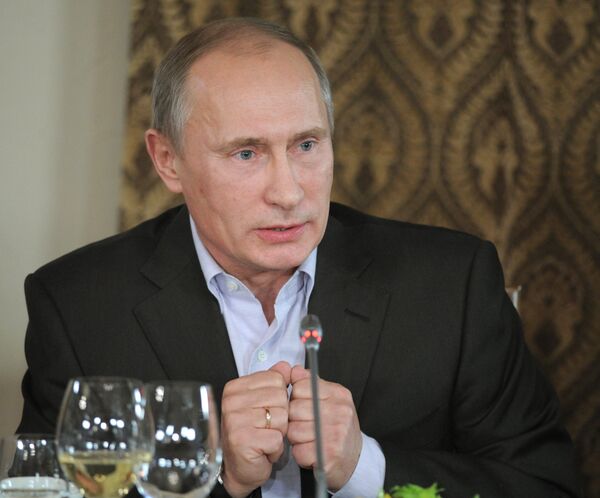 Russian Prime Minister Vladimir Putin said the current political system in Russia remains effective and that any change will be "evolutionary."

Russian Prime Minister Vladimir Putin said the current political system in Russia remains effective and that any change will be "evolutionary."

"We do not believe that it has fully exhausted itself, but we are not going to stand in place," Putin said on Friday at a meeting with members of the Valdai discussion club.

The political system will be transformed to the extent the economy requires, he said.

"I hope that this will take place in an evolutionary, straightforward way under a consensus of the so-called ruling elite and the people," he said.

The methods that were used in previous decades are no longer effective given today's open information society, he said.

"I believe that this is becoming clear to everyone. One way or another, political systems are going to end up changing. Moreover, economics will require changes to these political systems," he said.

Putin expressed confidence that organizations such as the Customs Union "will enable these kinds of positive changes."

The Customs Union unifies its members along the lines of the WTO, enabling "the rest of the world to operate throughout the entire Customs Union space on WTO terms, which is a huge plus for the Customs Union member states - Russia, Belarus and Kazakhstan - and their partners worldwide."