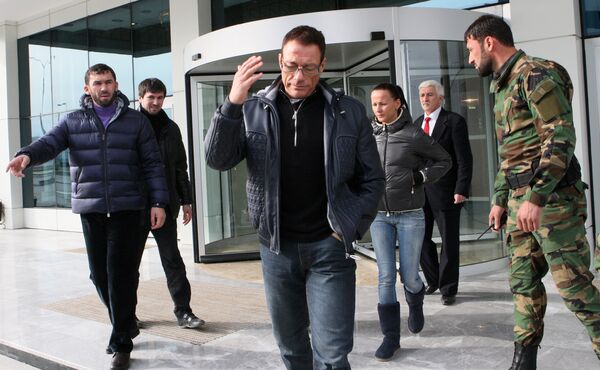 The Belgian actor and martial arts proponent, 51, is a friend of Chechen leader Ramzan Kadyrov and said that the main aim of his three-day visit to the restive southern region is to persuade him to hold the bout there.

“We want to make it a great event,” Van Damme told Chechen television on Friday, before adding that Moscow could also host the contest. “It’s a huge event. We need to invite lots of people and make a big show out of it.”

Van Damme, a former kickboxing champion, has made no secret of his longing to return to the ring, and has been due to fight Kamsing, a featherweight champion at the Atlanta Olympics in 1996, for several years.

The two signed deals to clash in Las Vegas and Bangkok but the bouts were called off due to other commitments. The latest reports have suggested the fight may go ahead in spring of next year.

The matchup will adhere to Muay Thai rules, excluding the use of the elbow for fear of inflicting damage on Van Damme’s acting career.

Van Damme is revered in Russia, being the star of “Bloodsport” and “Kickboxer” films of the early 1990s - some of the first foreign movies to be released after the fall of the Soviet Union.

Van Damme triggered the anger of the human rights community for attending celebrations meant to mark the return of peace to Grozny, the Chechen capital, after years of instability. The October 5 party coincided with Kadyrov’s birthday.

Van Damme and Hollywood movie star Hilary Swank showed up for Kadyrov, who is widely accused of an array of rights abuses such as kidnap and torture.

Kadyrov is a boxing and martial arts fan - Mike Tyson has also been one of his guests - in keeping with the warrior image he cultivates.

The 35-year-old often appears on television unabashedly displaying his collection of swords and guns, and has been captured on camera conducting anti-terrorist operations in the field.