Sychev to stay with Lokomotiv for four more years 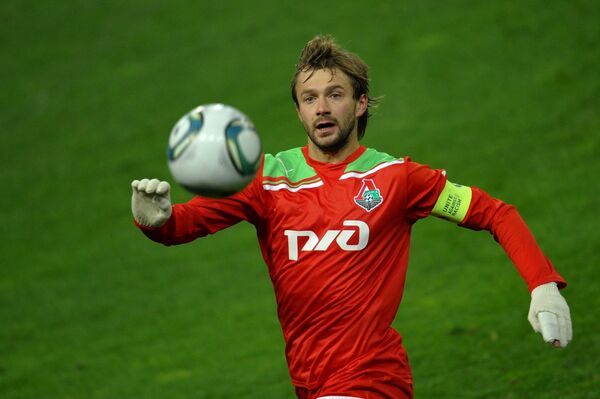 Sychev, 28, joined the side in 2004 after three years in France with Ligue 1 club Marseille. He has scored 73 times in 210 appearances for Lokomotiv.

He was a regular in the Russian national team until 2008, scoring 15 goals in 47 matches.

Sychev burst onto the scene as a speedy 18-year-old for Spartak Moscow and drew comparisons with England striker Michael Owen.

He left acrimoniously with his contract at Spartak still in force, and joined Marseille, where he was a bit-part player and used out of position.

Until CSKA midfielder Alan Dzagoev’s debut for the national team in 2008, Sychev was the youngest outfield player to represent Russia or the Soviet Union, at 18 years and 222 days, when taking to the field at the 2002 World Cup.

His new deal at Lokomotiv, currently fifth in the Russian Premier League, will see him remain until at least 2015.