Russian service members to earn almost as much as NATO counterparts 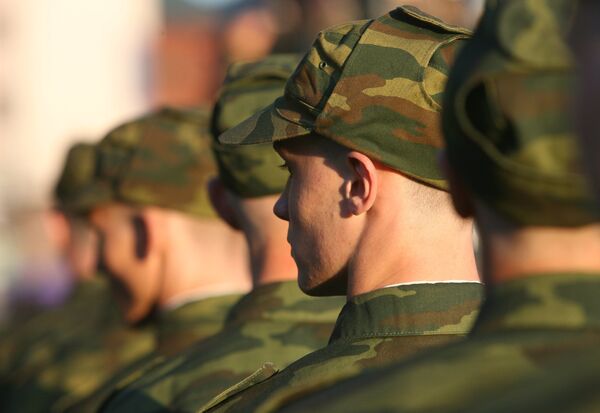 “This law provides for salaries commensurate with a service member’s contribution to the country. Under the law, service pay will be increased 150%-200% and pensions for retired military personnel 50% and possibly even 70% on January 1, 2012,” the president said at a meeting with military leaders attended by Defense Minister Anatoly Serdyukov.

The increased service pay will be almost, although not completely as high as the salaries of European service personnel. At the same time, some experts warn that this will accelerate inflation.

The next stage of Russian military reform begins in 2012, the year of the presidential elections. The government’s decision to increase service pay and military pensions is part of the broader strategy of raising the incomes of the decreasing number of officers and the growing number of contract service personnel.

Over the past 20 years, Russian service personnel have received meager salaries despite length of service and rank increases.

The Defense Ministry made a breakthrough decision in 2009, approving Order No. 400 on increased salaries, but conditioned them on an exemplary service record.

For example, young lieutenants in the submarine fleet started at 50,000 rubles ($1,600) per month, whereas their army counterparts continued to receive only half or even a third of that sum.

Unfortunately, the non-transparent criteria for allotting increased wages to military units, which directly depended on superiors, turned the order into a powerful source of corruption and an additional tool to intimidate officers.

It was clear that incentive-based wages should be replaced with a transparent system of military salaries.

The new law, although not ideal, is clearly a step toward improving financial conditions in the armed forces.

The salaries of Russian servicemen will be lower than in the leading NATO countries even after the approved increase, but the increase will cut the gap tenfold.

The above shows that service pay in the leading NATO armies is higher than in Russia, but income tax in Europe is also higher, despite a developed system of subsidies and tax deductions approved for civil servants. If the new system takes effect in Russia, the salaries of our service people will be approximately the same as in Europe in terms of take-home pay.

NATO armies have a complicated system of additional compensation for service trips and service conditions, especially during combat. How different is it from the payment system in the Russian army, where salaries comprise a small part of the gross military income after additional payments, bonuses and other compensation under Order No. 400?

The difference is that under the Russian legislation, military pensions are calculated from the basic pay (depending on rank and the length of service), which is the smallest part of servicemen’s income.

In other words, even though Russian servicemen will get a substantial salary due to various types of additional payments, their pension will remain small because it will be based on one-fifth of their gross monthly income.

Unfortunately, the new law, while raising military pensions, has reaffirmed this discrepancy. The percent of military salaries used for calculating pensions will only be increased to 50% of  gross income by 2020.

In addition to the traditional imbalance between the Russian Pension Fund’s revenues and expenses, the new law, as well as the planned rearmament program and the defense industry upgrade will call for substantial additional allocations.

“Military spending will grow 1.5%-2% nearly every year, which is a considerable increase,” said Igor Nikolayev, chief strategist at FBK, a private audit firm. “Together with spending on security and law enforcement, this is more than one-third of all budget expenditures.”

“An increase in military salaries, which will cost the budget several billion rubles next year, will accelerate inflation,” Igor Nikolayev said.