Moscow ex-mayor to show up for questioning Nov. 15 - lawyer 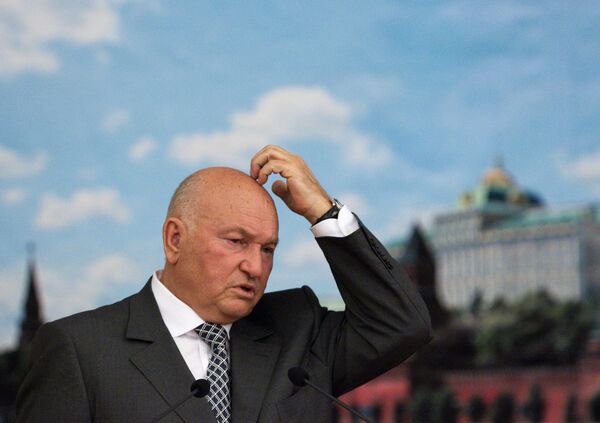 Moscow’s former mayor Yury Luzhkov will appear for questioning in a corruption inquiry on November 15, his lawyer Genry Reznik said on Friday.

Moscow’s former mayor Yury Luzhkov will appear for questioning in a corruption inquiry on November 15, his lawyer Genry Reznik said on Friday.

The inquiry is connected to Bank of Moscow, which Luzhkov allegedly used to bankroll his wife’s real estate projects.

“I have agreed with the investigator the date when Luzhkov will appear at the Investigative Committee. It’s November 15,” Reznik said.

Luzhkov could not come any earlier because he was outside Russia, Reznik said.

Earlier on Friday the Interior Ministry threatened to “take action” against Luzhkov for ignoring the summons to appear today.

In January, investigators launched an inquiry into a deal under which Bank of Moscow lent 13 billion rubles ($413 million) to an obscure real estate firm. The firm used the money to buy land for a construction company owned by Luzhkov’s wife, Yelena Baturina, at prices investigators said were inflated.

Luzhkov has been accused of using his post to help Baturina, believed to be Russia’s richest woman, amass her fortune, a claim he denies.

Baturina, estimated to be worth some $1.1 billion, has ignored summons for questioning. She and Luzhkov are currently attending a medical forum in Spain.

In an interview with the Izvestia newspaper, Luzhkov said he would sue Kremlin chief of staff Sergei Naryshkin after the official accused him of fostering “over-the-top corruption” during his 18 years as Moscow mayor.