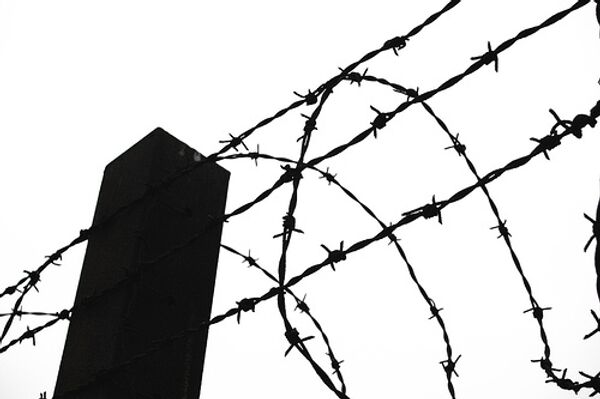 A Saudi-born national who says he was held at a secret jail in Lithuania will on Friday file a complaint against the Baltic state with the European Court of Human Rights, Delfi web portal said.

A Saudi-born national who says he was held at a secret jail in Lithuania will on Friday file a complaint against the Baltic state with the European Court of Human Rights, Delfi web portal said.

Abu Zubaydah wants the court to recognize him as a victim of torture and secret imprisonment. He says he was subject to simulated drowning and other torture techniques, including forced nudity, confinement in small boxes, and sleep deprivation.

Allegations of a secret CIA prison in Lithuania have not yet been proven. But human rights organizations Amnesty International and Reprieve say they have provided sufficient evidence to prosecutors. However, last week the Lithuanian Prosecutor General’s Office decided against resuming an inquiry into the case.

According WikiLeaks, Zubaydah, 40, was arrested in Pakistan in 2002 as a suspected influential al-Qaeda member who was involved with the 9/11 attacks. He has remained in U.S. custody in various undisclosed locations ever since. He has never been charged. He has however been sentenced to death in Jordan in absentia .

Zubaydah’s complaint with the court was filed by the human rights organization Interights and his U.S. lawyers, who promised to provide new substantial evidence. He wants the European Court of Human Rights to take measures to prevent such cases in the future.

A Guantanamo prisoner, he also wants the court to oblige Lithuania to conduct an independent and detailed investigation on the CIA prison. Interights said he wanted to engage in the investigation himself.

In August 2009, American ABC television company said Lithuanian officials provided the CIA with a building near the capital Vilnius in 2004-06 for eight al-Qaeda captives.

The national security and defense committee of the Lithuanian parliament conducted an investigation, which showed that all the conditions had been provided in Lithuania for a secret CIA prison and CIA airliners did land in the country in 2005-06 without any customs or border guard checks. But the committee failed to establish whether any CIA prisoners had been brought into the country.

The Prosecutor General’s Office also launched an investigation into a possible agreement between CIA officials and the State Security Department on opening the alleged prison. The prosecutors established that some State Security Department officials had committed “a disciplinary offence” by failing to inform their bosses about the possible opening of secret facilities. The case was later dropped under the statute of limitations.