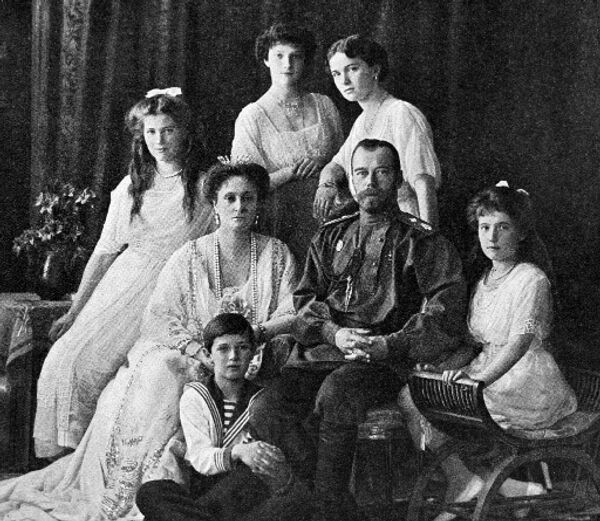 The Russian Investigative Committee confirmed on Thursday that the remains of Russia’s tsar family buried in St. Petersburg’s St. Peter and Paul Cathedral, as well as the bodies of Tsar Nicholas II’s children Alexei and Maria, which still remain unburied, were authentic.

The Russian Investigative Committee confirmed on Thursday that the remains of Russia’s tsar family buried in St. Petersburg’s St. Peter and Paul Cathedral, as well as the bodies of Tsar Nicholas II’s children Alexei and Maria, which still remain unburied, were authentic.

“As a result of a probe, the Investigative Committee has come to the categorical conclusion that the remains are authentic,” investigator Vladimir Solovyov told journalists in Moscow, adding that the conclusion was based on “summarized data including court documents, genetic analysis, and historical and other materials.”

The authenticity of the remains of the tsar's family, who were murdered by Bolsheviks in 1918, has been repeatedly challenged despite positive results of forensic tests conducted by a dozen organizations in Russia and abroad.

Tsar Nicholas II, his wife, their four daughters and son, and several servants, were shot dead in a cellar in the Urals city of Yekaterinburg in the early hours of July 17, 1918. Remains of the murdered family, except Alexei and Maria’s bodies, and the servants, were discovered in 1991. In 1998, they were authenticated and buried in the St. Peter and Paul Cathedral.

Alexei and Maria’s bodies were discovered in 2007 near Yekaterinburg. Their authenticity has also been proven by DNA tests.

The Russian Orthodox Church, which canonized the murdered Romanovs in 2000, has not recognized the remains.

Solovyov expressed hope on Thursday that the Investigative Committee’s conclusions would hasten the burial of Alexei and Maria’s bodies.

“The Russian Orthodox Church does not consider that there are enough grounds to recognize those remains as the remains of saint royal martyrs,” he said. “We are speaking not just about the remains of ordinary people, but about honored relics.”

He added, however, that the Imperial House had never questioned the scientific and investigative conclusions and had never said that the remains were not authentic. But the final conclusion would require a consensus between the Church and the public, he said.

“If the Church’s position on this issue changes, the Imperial House will be glad,” he said.

Solovyov also said on Thursday that there was no evidence proving that Vladimir Lenin or any other high-ranking Bolsheviik ordered the tsar family's execution.

"The Investigative Committee does not possess documents proving that the Soviet authorities gave the order to shoot and kill the tsar family," he said, adding that the order might have been given verbally.

German Lukyanov, the Romanov dynasty’s lawyer, said the Imperial House was planning to publish the investigation materials handed over by the Investigative Committee. Solovyov said the Committee’s approval was needed to publish the files.