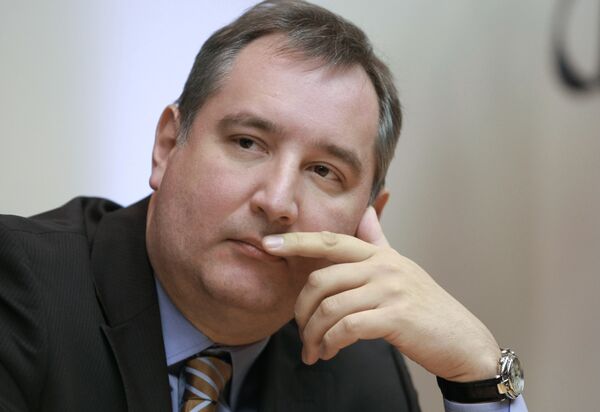 Russia is hoping that the United States will make reciprocal efforts to break a deadlock over the European missile shield, Russia’s envoy to NATO Dmitry Rogozin said.

“We expect that the United States and its NATO allies will, after all, make steps to meet Russia halfway, because Russia has demonstrated its absolute creativity in search of a compromise,” Rogozin said after a meeting with NATO Secretary General Anders Fogh Rasmussen on Wednesday.

“However, we are still at a dead end because the United States stubbornly refuses to provide Russia with serious legally-binding guarantees [that the European missile shield will not be aimed against Russia],” Rogozin said.

The diplomat added that Russian Deputy Defense Minister Anatoly Antonov, Russia’s point man for arms control negotiations, will outline the Russian position on the issue to envoys from NATO member-countries at a Russia-NATO Council’s meeting on November 15.

NATO has said it was ready to offer Moscow written assurances that the European missile shield being built is not directed against Russia but has refused so far to provide the legally binding commitments demanded by Moscow.