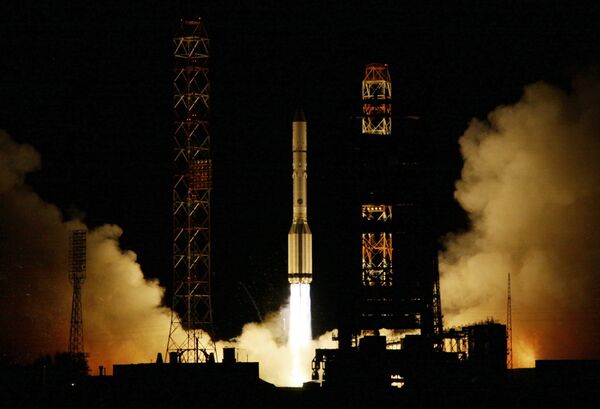 "The Proton-M rocket was launched according to schedule. The satellite will separate from the carrier rocket on Thursday at 7:48 a.m. Moscow time [03:48 GMT]," Roscosmos said.

ViaSat in January said the satellite launch would be delayed for several months due to a fault during a test on the satellite. The launch was originally scheduled for mid-May.

ViaSat-1 weighs six tons and should operate for 15 years at a geostationary orbit.