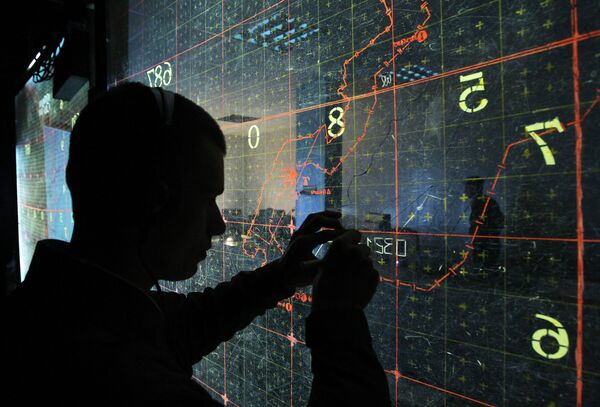 © RIA Novosti . Valeriy Melnikov
/
Go to the photo bank
Subscribe
Missile defense talks between Russia and the United States are deadlocked, but Moscow will not make concessions at the expense of its own security, Russia’s envoy to NATO Dmitry Rogozin said on Wednesday.

Missile defense talks between Russia and the United States are deadlocked, but Moscow will not make concessions at the expense of its own security, Russia’s envoy to NATO Dmitry Rogozin said on Wednesday.

Ellen Tauscher, the U.S. Under Secretary of State for Arms Control and International Security said on Tuesday that the United States was ready to offer Russia written assurances that the NATO-backed Euro missile defense shield being built is not directed against the country. She, however, refused to provide any legally binding commitments demanded by Moscow.

“The missile defense talks with the United States have come to a complete deadlock,” Rogozin said.

“We will continue the talks, there is still time, but little,” he added, recalling that a NATO summit will be held in Chicago in May 2012. “It’s quite possible that we will combine certain response measures and continuation of talks. But the the president has the last word.”

“Our position is not rock solid; it is very intelligent and open to compromise, we offer different outcomes,” Rogozin said.

Washington has invited Russia to use its own radars to measure the test-flight of one or more U.S. interceptor missiles.

Russia has agreed to cooperate on the new system, but warned it may strengthen its own defenses if it is not made a full partner in the U.S.-led shield.