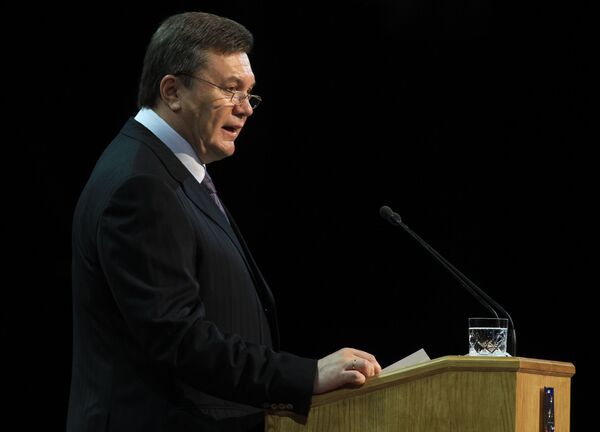 Ukraine will raise natural gas prices for domestic consumers if Kiev fails to come to terms with Moscow on the issue of Russian gas supplies, Ukrainian President Viktor Yanukovych said in an interview with Bloomberg.

“All we want is an average European price for the imported gas. If we do not agree on it, we will have to raise domestic prices,” Yanukovych, who meets for talks with Russian President Dmitry Medvedev on Tuesday, said.

Energy cooperation between Russia and Ukraine has been marred by a series of spats over supplies, prices and debts. Energy-rich Russia exports 80% of its natural gas to Europe via Ukrainian pipelines.

Ukraine has been seeking a revision in the 2009 gas deal with Russia since last spring, saying that the contract's gas price formula is unfair. Russia has tied the price for gas to the international spot price for oil, which has been rising strongly recently due to the instability in the Middle East.