Tymoshenko's trial was 'a trial of revenge' says daughter 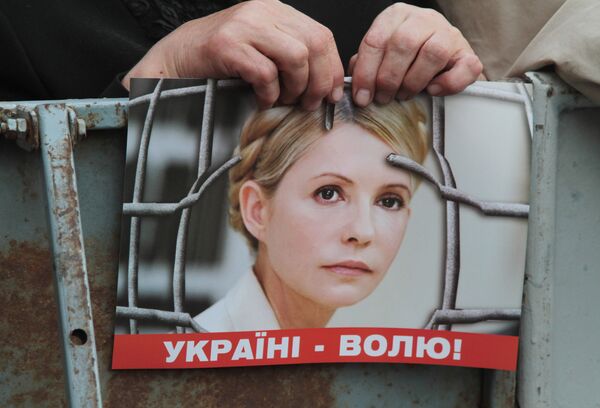 In an interview with the Guardian newspaper, Yevhenia Carr said her mother’s trial was meant to discourage Yanukovych’s opponents from trying to fight him.

“It’s simply a trial of revenge,” she said, adding that the authorities were not going to “stop at anything.”

Tymoshenko was jailed for seven years last week for exceeding her powers in signing a gas deal with Russia in 2009. The European Union and Unites States described the jailing as politically motivated, and Russia said it had a “clear anti-Russian subtext.”

Two days after the verdict was handed down, investigators opened a new criminal case against the 50-year-old, accusing her of embezzling $255 million in state funds through gas purchases from Russia.

Carr said she was shocked by the new inquiry which showed that “the president and his team are aimed at removing their political opponents no matter what.”

Carr said the stress of the trial and poor conditions at the Lukyanivska prison in the Ukrainian capital Kiev, where Tymoshenko has been held for contempt of court since August 5, have taken their toll on her mother’s health.

“She used to go for walks in the courtyard, but she cannot move that much now because of the pain,” Carr said.

Carr, the wife of British rock singer Sean Carr, said her mother had a bad back and stomach problems.

“One week after she was arrested she started to have symptoms - bruises, hematomas on her skin. We still don't know what it is,” she said.

But despite everything she has been through, her mother “remains strong,” Carr said.

"She's ready to go on and fight through this. It shows she's a real leader, that she's not going to go for any compromise, for any negotiations with this regime."