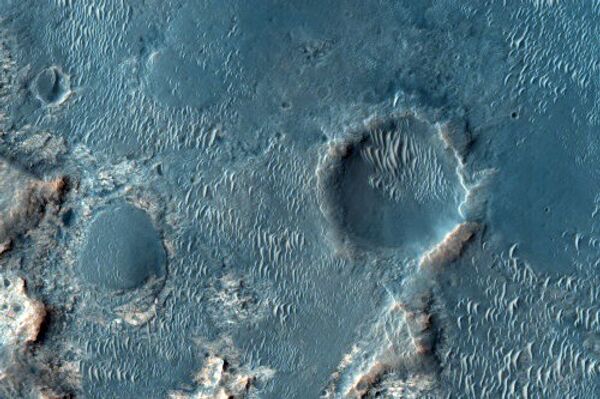 "From the scientific point of view such mission would be of great interest to us, it would boost our own Mars research," said Oleg Korablyov, deputy chief of the Space Research Institute of the Russian Academy of Sciences.

The ExoMars program to send a satellite to Mars in 2016 and a robot rover two years later was run jointly by NASA and ESA. NASA later said it would cut its participation in the project and will not provide its Atlas carrier for the launch.

"The European agency has been left with a satellite in production, but without a spacecraft to launch it and payload to install on it," Korablyov said.

The Russian scientist said that without NASA the orbital spacecraft - ExoMars Trace Gas Orbiter - was left almost without scientific equipment to fulfill its mission of detecting low-concentration gases in the planet's atmosphere. NASA was to supply all measuring equipment for the project, except for the NOMAD spectrometer.

By studying the presence of low-concentration gases in Mars atmosphere, scientists hope to detect traces of geological and, possibly, biological activity.

Korablyov praised the European spacecraft as "advanced" and "built according to high standards." He also said the spacecraft could later be used in Russia's Mars Net project to create a network of meteorological stations on Mars.

"It could be a bargain and a tangible step towards Mars Net," he said.

ESA chief Jean-Jacques Dordain invited Russia to take part in the project at a meeting with Roscosmos head Vladimir Popovkin in early October. The European Space Agency council decided to start talks with Russia on the possible use of Russia's Proton spacecraft for the launch.

ESA Director of the Science and Robotic Exploration Alvaro Gimenez said ESA was ready to consider all possible variants of Russia's participation in the project.

"Everything is open for discussion," he said in a BBC interview on Friday.