Russia and Laos presidents to sign declaration on strategic partnership 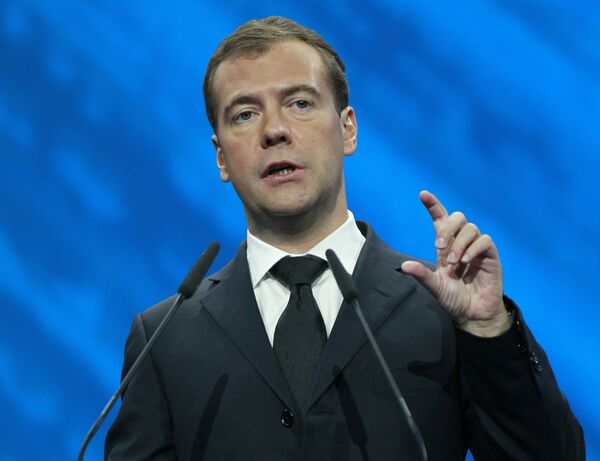 “During the talks, the presidents are expected to discuss the prospects of trade and economic cooperation, primarily increasing trade,” the Kremlin said.

Foreign trade turnover between Russia and Laos in 2010 amounted $8.7 million, including Russian exports of $8.2 million.

“For January-June of this year, turnover totaled $39.7 million, including Russian exports of $38.5 million,” the source said.

The source added that the parties would discuss the implementation of major projects in the sphere of telecommunications, hydropower engineering and mining.

Medvedev and Sayasone plan to share their opinions on current world issues. Special attention will be paid to cooperation in ASEAN, enhancing the cooperation between ASEAN and SCO, mutual work at the UN among others.

The presidents will also discuss cultural cooperation between the two countries. There are plans to open a Russian Center in the Laos National University and reopen the Russian Center of Science and Culture.

“A number of documents on cooperation in tourism, health care and the legal system are ready to be signed”, the Kremlin said.

In 2010, Russia and Laos marked their 50th anniversary of diplomatic ties.