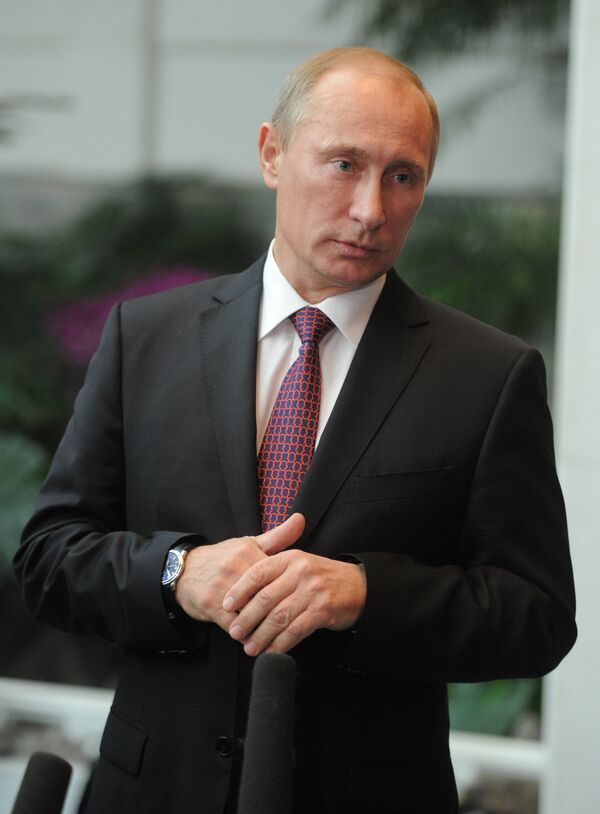 The journalists praised Putin's interests varying from judo and skiing to diving and bomber jet flights but the judo black belt said there was nothing special about it.

"Honestly, I do not see anything special about this. Hundreds of thousands people are taking judo and other martial arts. Scores of people fly jets and even more practice diving," the prime minister said.

Putin, 59, known for his macho man image said he liked learning something new.

"This process gives me pleasure," he said.

"But obviously, I am doing this first of all to attract attention to the necessity of healthy way of life and to raise interest in sports and physical culture," Putin added.

In February 2011, Putin promised to learn to skate during a video conference with young Russian sportsmen and participated in an informal game of ice-hockey already in April.

He also said that he was impressed by martial arts at the Shaolin temple during one of his previous visits to China.

"I remember how I was watching brilliant performances of martial arts masters and envied them. I cannot do this," Putin said.

The Russian prime minister is a former judo champion in his home city, St Petersburg, and the author of the book "Judo with Vladimir Putin."