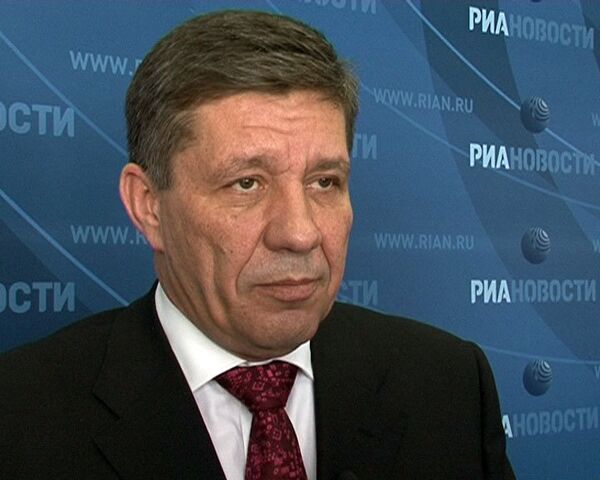 "We have come to the conclusion that we do not need a new rocket, we can continue using those we already have," Popovkin said.

The two-stage Rus-M, intended to replace Russia's ageing Soyuz carrier rockets, was being developed by the Energia space corporation, which had already received 800 million rubles (more than $24.8 million) of budget funds for the project.

The carrier rocket was intended to launch new-generation spacecraft from the Vostochny space center currently under construction in the country's Far East starting from 2018.

Russian Prime Minister Vladimir Putin said in April the launch vehicle, whose draft model was first presented at the MAKS 2009 air show in Moscow, was scheduled to be developed by 2015.

The carrier rocket has faced strict safety requirements so that it could guarantee a takeoff or ensure a continuous flight or an ejection with a safe landing even with one of its engines out of action.

The Russian aerospace industry has faced a series of misfortunes in less than a year, including the loss of three Glonass satellites and a prized Express-AM4 satellite, as well as a Progress M-12M space freighter in south Siberia's Altai Republic.

The loss of the space freighter, which was caused by a Soyuz rocket engine failure, raised concerns about the safety of the Soviet-era Soyuz spacecraft. After the retirement of the U.S. shuttle fleet last summer, Soyuz carrier rockets became the only way for astronauts to reach the ISS until at least the middle of the decade.