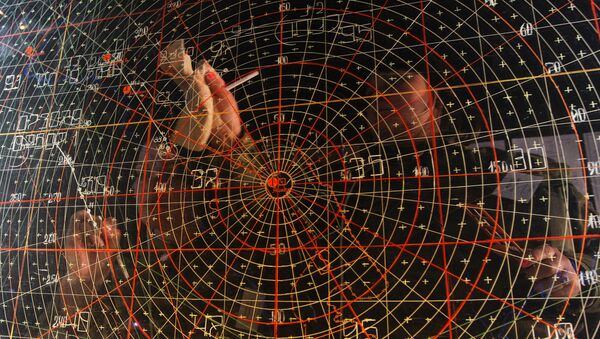 © Sputnik / Michail Fomichev
/
Go to the mediabank
Subscribe
International
India
Africa
Russia warned on Thursday it may stop cooperation with the United States on a missile shield in Europe.

Russia warned on Thursday it may stop cooperation with the United States on a missile shield in Europe.

In a statement, the Foreign Ministry in Moscow condemned Washington for making far-reaching decisions “without collective discussion” and ignoring the opinions of all interested parties.

“If this continues, then the chance created at the NATO-Russia summit in Lisbon to turn anti-missile defense from an area of confrontation to an area of cooperation may be lost,” the ministry said.

Russia gave the warning after the United States and Spain announced an agreement on Wednesday to deploy a number of U.S. Navy cruisers in Spain as part of the nascent missile defense scheme.

The Foreign Ministry said the deployment of the anti-missile ships at Rota on the Spanish coast raised concerns about the “significant build-up of U.S. missile potential in the European zone.”

“Not only do we see no readiness on the part of the U.S. administration to address Russia’s concerns about the key issue of guaranteeing that the future system will not be aimed at Russia’s strategic nuclear arsenal, we also note the tendency to increasingly expand treat the deployment areas of the U.S. anti-missile systems.”

Rasmussen said he “would not be surprised” if there were further additions to the scheme in the coming months.

Washington scrapped a previous missile shield, based in Poland and the Czech Republic, which had angered Russia.

Moscow has agreed to cooperate on the new plan, but warned it may withdraw if it is not made a full partner in the U.S.-led shield.

Earlier this week, U.S. Ambassador to Moscow John Beyrle said Moscow and Washington are expected to sign a deal to exchange data on the European defenses at a NATO summit in Chicago next year.