Right Cause party pledges to return $21 mln in donations 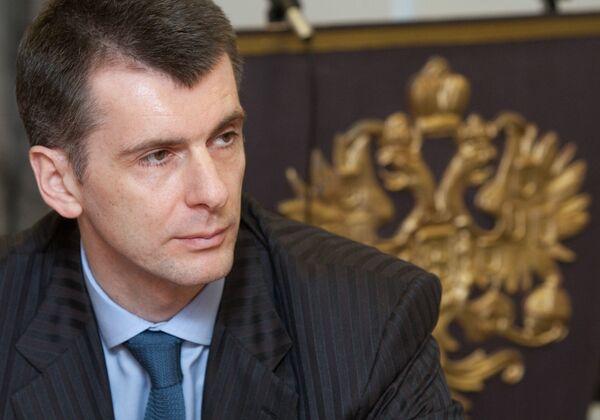 Russia's Right Cause party will return almost 650 million rubles ($21 million) of donations made to support its former leader Mikhail Prokhorov, the billionaire’s spokesperson said on Wednesday.

Right Cause spokesman Yaroslav Volpin concurred, saying: “We will pay off everything, whatever the sum is. We don’t need money invested in the oligarch rather than the party’s development.”

Prokhorov, who had announced his ambitious political plans in late June, had to quit as Right Cause party head in mid-September after an internal party dispute.

Prokhorov supporters, who granted about $21 million to the party’s development, will be given back their money, Prokhorov’s spokesperson said, adding that the businessman himself said he contributed “a very modest sum” and has not yet asked for his money back.

Some Russian media have claimed the party was deliberately neutered by pro-Kremlin figures concerned about Prokhorov's emergence as a political force.