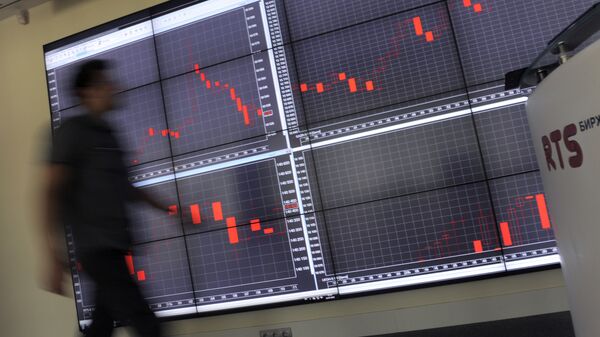 Debt-laden Greece is holding a sword of Damocles over the fate of the ruble, with a solution to Europe's debt problem key to boosting the price of oil, Russia's key revenue source, analysts said on Wednesday.

Debt-laden Greece is holding a sword of Damocles over the fate of the ruble, with a solution to Europe's debt problem key to boosting the price of oil, Russia's key revenue source, analysts said on Wednesday.

The ruble has lost more than 10 percent of its value against the dollar since the European debt crisis escalated and the central bank spent about $8 billion to defend the currency in September alone.

"We are reaching the peak of the crisis. Nobody knows how the Greek situation will be solved, this is why there is no point in forecasting the ruble's exchange rate now,"  Bank of Moscow's head of research Kirill Tremasov told RIA Novosti.

He said the ruble would weaken until the European authorities came to a solution.

Europe has been struggling for almost a year to overcome the debt crisis, which escalated at the end of this summer when Greece failed to meet the budget deficit target necessary for the release of a new tranche of its a 110 billion euro bailout.

The troika of international lenders, including the European Central Bank, the European Commission, and the International Monetary Fund, quit Greece in September, after the Greek government failed to convince them it was doing enough to reform the economy to deserve the new tranche.

They returned to Athens last week after the government announced deeper austerity measures, including large redundancies and budget cuts. However, the 2011 and 2012 deficit targets will be missed anyway putting a question mark over disbursement of the next tranche.

Negative market expectations have pushed the value of Russia's bi-currency basket, used by the central bank to set the ruble's real exchange rate against Russia's main trade partners, up to 37.50 rubles so far. But for the European woes, the basket would have stood at 35 rubles, given the current oil price of some $100 per barrel.

"Unfortunately, the ruble’s future does not depend on internal fundamental factors, which can be assessed, but on the development of the global economic situation," said Otkritie financial company's chief economist Vladimir Tikhomirov.

If the debt crisis is not solved, it will push down prices for oil, Russia's key export and main source of budget revenues, which, in turn will weaken the ruble. If Europe eases the crisis, the ruble may strengthen, Tikhomirov added.

Investors are wary that a worst-case scenario will be acted out in Greece, with debt problems in other European countries escalating, urging investors to hunt for dollars and abandon the ruble, he said.

Tikhomirov said that he had not changed his 32.50 ruble bi-currency basket forecast for the end of year since the beginning of 2011.

Natalia Orlova, chief economist at Alfa-bank, said the ruble would end the year at 31 to the dollar and the bi-currency basket at 36.90 rubles, if oil prices remained at over $100 per barrel.

"The situation so far is more like that in 2007, when there was negative sentiment in the developed countries, but oil prices remained high and the domino effect had not yet reached emerging markets. But 2008 may arrive," she said.