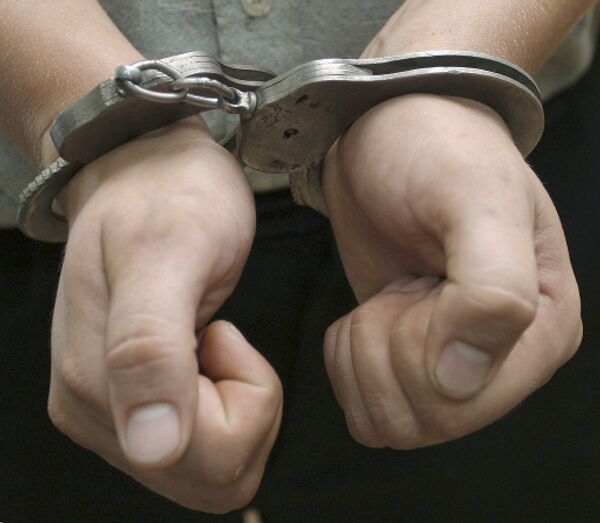 An investigator in the case of campaigning lawyer Sergei Magnitsky has been arrested for demanding a $3 million bribe to drop charges in an unrelated customs fraud case.

An investigator in the case of campaigning lawyer Sergei Magnitsky has been arrested for demanding a $3 million bribe to drop charges in an unrelated customs fraud case.

Maj. Nelly Dmitriyeva accepted part of the pay-off through a third party in August, a spokesman for the Investigative Committee of the Prosecutor-General’s Office told reporters on Wednesday.

“Dmitriyeva called on her acquaintances to take the bribe. On August 23, one of the intermediaries took 50,000 euro and $1,000 in bribes, as well as counterfeit euros and dollars totaling 50 million rubles ($1.5 million),” spokesman Vladimir Markin said.

The bribe-takers were caught red-handed by the security services, Markin said.

Dmitriyeva is reported to have been investigating the death of Sergei Magnitsky, who died in police custody in 2009. Magnitsky was detained on tax evasion charges after accusing a number of law enforcement officials of massive fraud.

The Interior Ministry has denied the reports.

“I would like to testify against people who occupy top positions,” Dmitriyeva said during a court hearing in Moscow on Wednesday.

Magnitsky, who working on behalf of a British-registered investment company, Hermitage Capital Management, spent a year in Moscow's notorious Butyrka prison before his death.

In July, the Kremlin's human rights body said the death was the result of "calculated, deliberate and inhumane neglect."